Fishing fans know 2-time Bassmaster Angler of the Year, Gerald Swindle as “G Man” – but folks around Blount County, Alabama football fields back in the 1980s might have heard Coach Dean call him “Termite.” 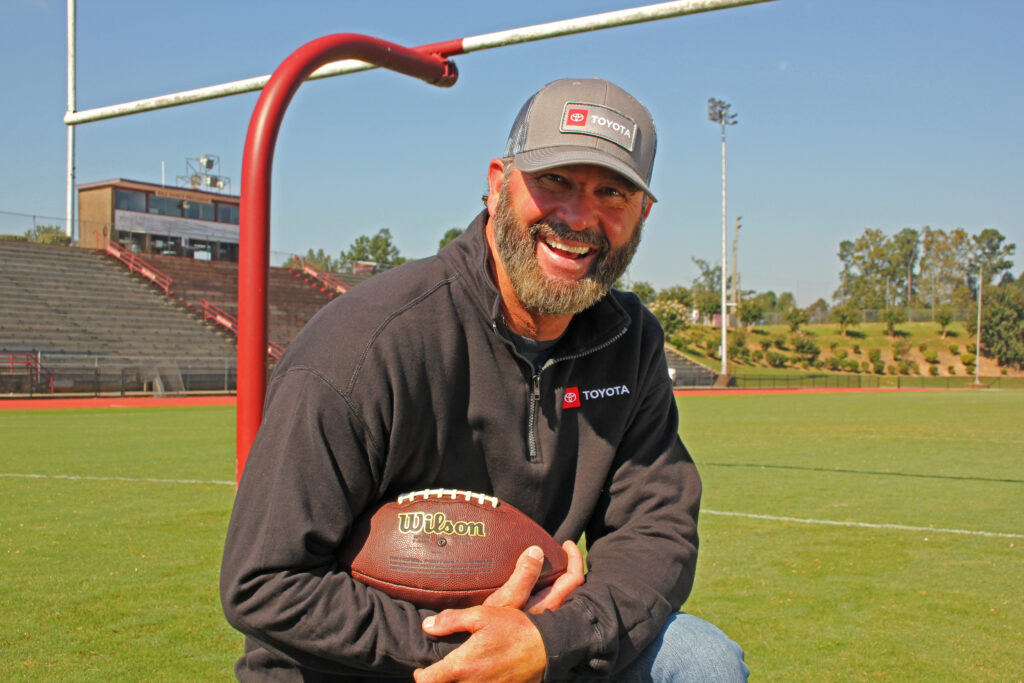 “I was about 160 pounds soaking wet with my cleats on, fairly shifty, played a lot of positions, and Coach knew I’d chew through wood if he asked me to, so he called me Termite,” grins Swindle with fond reflection.

Shifty is one way to put it. Ultra-competitive and highly athletic fit well too in describing the lanky kid from Locust Fork who wore jersey #15 and played everything from running back and cornerback to kick returner, and field goal kicker too.

“Coach was working with an almost empty bottle of ketchup. He didn’t have a whole lot of kids or talent to work with, so he just kind of added water to the bottle and spread the ketchup around a little further,” laughs bass fishing’s funniest man.

There was nothing funny about getting your butt kicked most Friday nights though. And that happened on all but two Fridays during Swindle’s senior season. Often outnumbered and of lesser athleticism, the Hornets found themselves on the losing end often – but losing is what ultimately made Swindle a winner.

“Coach would tell us before the game, “They’re bigger, faster, and better than us, so just try not to embarrass your family out there tonight.,” says Swindle. “That may sound harsh, but man, he was right, and so you learned to compete for pride, not necessarily wins, by leaving it all on the field.”

Ultimately, that mindset was a tremendous tool in carving Swindle into a perfectly-suited pro bass fishing competitor – a career in which losing is way more common than winning.

“Countless times I’ve found myself 2-pounds out of making a check with one day left to compete, my knees aching, elbows sore, and no true chance to win, but that’s where Locust Fork High School football shaped me,” says Swindle.

“I know how to jog back to that huddle – dig a little deeper – and play for pride. And in bass fishing, that will make you a lot of paychecks even if you don’t win,” he explains.

While Swindle never came close to playing for a high school football state championship, his perseverance-rich soul ultimately led to both the 2004 and 2016 Bassmaster Angler of the Year titles.

Only 11 men in history have ever achieved the coveted AOY title more than once, and he’s also qualified for 19 Bassmaster Classics, placing him again in very rare company.

Ultimately, 34 years later, the tough lessons learned on a challenging Locust Fork Hornet football field back in 1986 landed him in Blount County, Alabama’s highest ring of honor – as part of the Blount County Sports Hall of Fame Class of 2020. Not so much for what he achieved as “Termite” but because the heart and soul that was shaped beneath jersey #15 made “G Man” one of the greatest bass anglers of all time.