How KVD Would Fish for $1 Million this Weekend 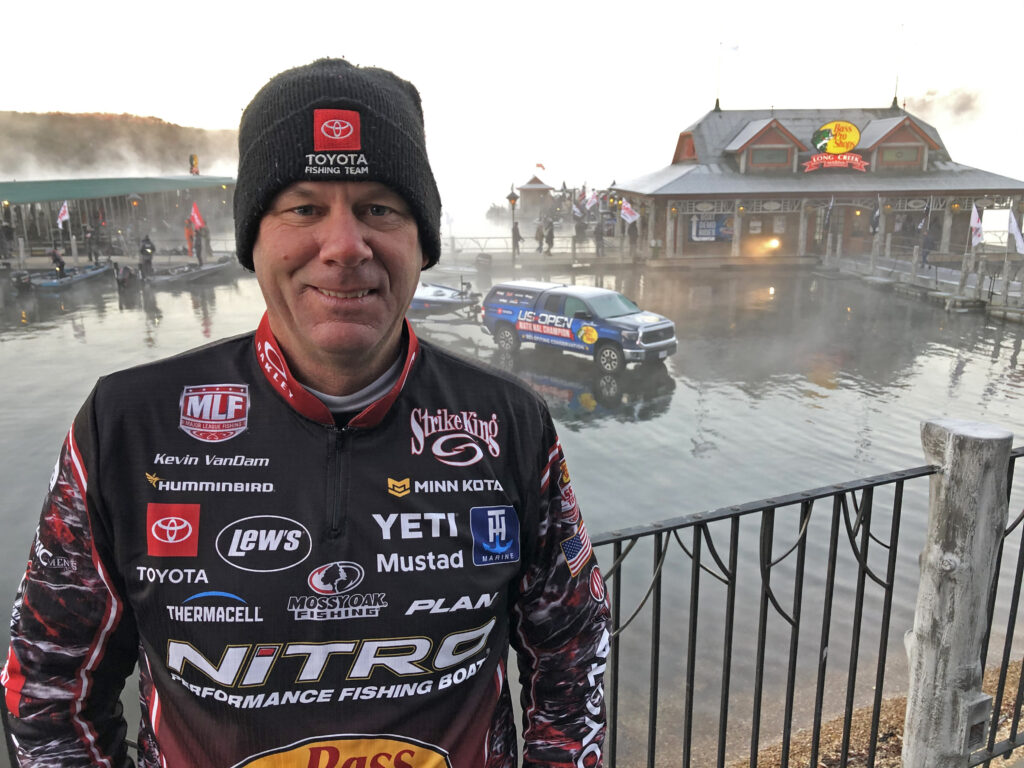 And while VanDam and the other icons are not competing in this amateur event, he graciously shared his thoughts on how he would approach a chance at the life-changing prize money.

“Even though I live in Michigan, because of my 30-year relationship with Johnny Morris and all the great people at Bass Pro Shops’ headquarters here, Table Rock is actually the one major bass fishing reservoir I’ve fished more than any other in America,” says VanDam.

That said, the man most consider to be the greatest bass angler of all time, is pretty confident what pattern he’d tell these 700 amateur anglers to execute, and it relies heavily on chasing the wind and rock transition banks.

“I’ve learned a lot on my own here, but I’ve also had some incredible tutoring on Table Rock from local legends like Stacey King, Brian Snowden and Charlie Campbell, and I’ll promise they’d all tell you that you gotta learn to fish by the hour, because weather and wind affect this lake in a huge way constantly,” he emphasizes.

Conditions this week have water temps around 58, with normal lake levels and good water clarity – just about perfect for great autumn fishing here according to VanDam.

“You’re going to have a lot of teams looking at their sonar for three days, and chasing the deep jigging spoon bite, and there’s no doubt that can get you 18-pounds of spotted bass per day. But I’d stick to my strengths and chase those magical little 100 yard stretches of shoreline where the rocks transition from one kind to another, with plenty of wind blowing on them,” he says.

When asked what three lures he would tie on first, VanDam had no hesitation.

“I’d have a Strike King 5XD crawfish colored crankbait, a 3/4-ounce willow bladed spinnerbait, and because they’re allowed to use it in this tournament, I’d have an Alabama Rig tied on too,” he grinned.

“A lotta guys will throw the old legendary Wiggle Warts, but I like the 5XD because it runs a little deeper and targets fish that don’t get pressured as hard,” he added.

Speaking of pressure, one can only imagine how 700 amateur anglers must feel knowing they’ve got a shot to win life-changing prize money. And they’re surely glad VanDam isn’t competing in this unprecedented derby.