If GPS technology had not become part of cell phones and dashboards, current Toyota Bassmaster Angler of the Year points leader, Scott Canterbury should have sought a sponsorship from mapmaker Rand McNally to help him find his way – because the Tundra driving Yamaha pro had never been to five of the ten Bassmaster Elite Series venues on this year’s schedule. 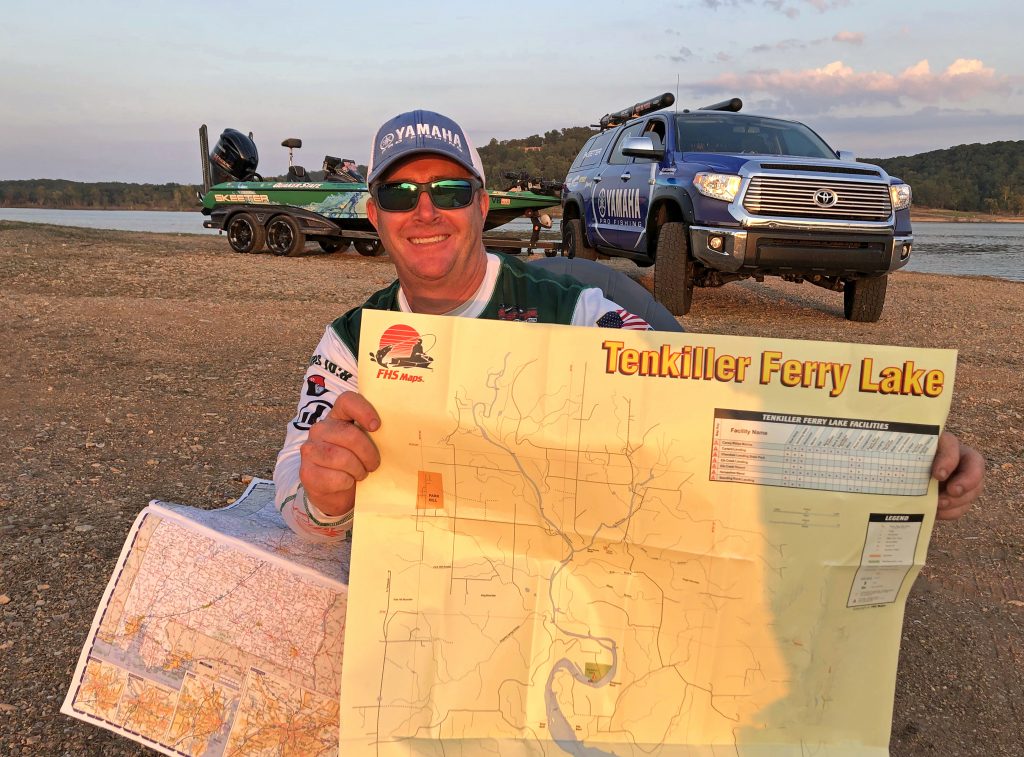 So how did Canterbury find fish at a supreme level on waters he’d never seen before?

On the eve of the last regular season Elite Series event of the year at Lake Tenkiller, one of the reservoirs he’d never seen before, the Alabama pro graciously shared three tips for successfully finding bass on new waters.

Like most modern day anglers, Canterbury makes a study of Google Earth as well as online tournament results and reports, but he offers a wisdom rich warning.

“Tournament results can tell you what to expect to catch within reason, and reading about winning areas of the lake or river helps too. But don’t get caught up in knowing the exact place where a past winner caught his fish, because almost never do two tournaments get won from the exact same spot,” he warns.

If you want to elevate Canterbury’s blood pressure a notch or three, ask him about “dock talk.”

“I’m telling you, 100% do not listen to “dock talk” – learn to ignore it completely!” he says emphatically. “I’m fortunate to have a guy like Matt Arey I can totally trust to share areas of the lake we think are productive, but a guy like Matt is hard to find, so if you don’t have a buddy you can totally trust, rely on yourself, don’t talk to anybody,” he says.

“I try to fish one area of the lake per day in practice. I don’t run all over the place every day,” says the Yamaha pro.

“If I don’t love the area I fished at the end of the first day of practice, then I look forward to dissecting a new area of the lake during the second day of practice. Heck, at Winyah Bay this year, I never found the best spot until the final three hours on the third day of practice,” he says.

Canterbury is also known for fishing super thorough in shallow water, working hard to catch bass from shorelines in skinny water that most would consider unattractive.

“The good looking stuff is so obvious, but I try to slow way down and figure out ways to catch shallow fish from areas that don’t look good at all to most people.”

And as for Lake Tenkiller

Canterbury has never been to the Eastern Oklahoma impoundment that Jimmy Houston and Jason Christie cut their legendary angling teeth on, and he says things won’t be easy this week.

“The biggest challenge this week is catching five bass everyday bigger than the 16” minimum length limit, and leaving here still leading the Toyota Angler of the Year race,” he concludes.

Don’t bet against him. Canterbury has a history of being right at home on waters he’s never seen before.