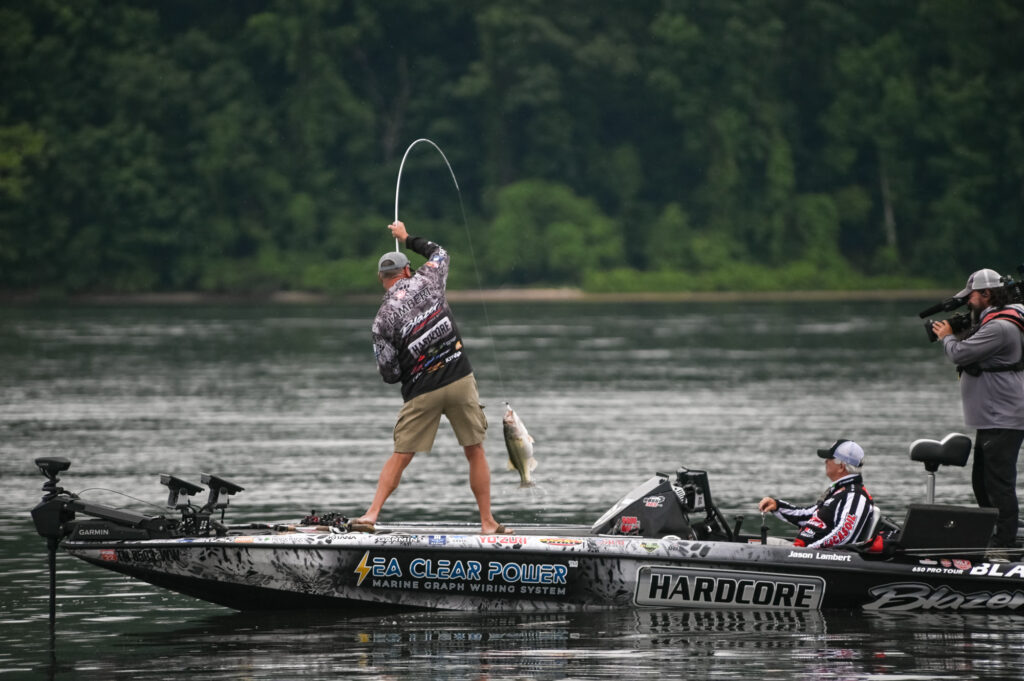 The top 20 anglers from Group A will now enjoy an off day, while the 40 anglers in Qualifying Group B will complete their two-day Qualifying Round of competition on Monday. The Knockout Round, featuring 38 anglers competing to finish in the top eight, will take place on Tuesday. Wednesday’s Championship Round will feature Lambert, Monday’s Group B winner, and the top eight anglers from the Knockout Round competing in a final-day shootout for the top prize of $100,000.

“I was sitting in third coming in to today, and my objective was to go out and have a good first period,” said Lambert, who qualified for his first career Championship Round on the Bass Pro Tour. “If I did, I knew that I would have a good chance to win the round. That happened, we got ahead in the first period, and we never looked back.

With six career victories on the Tennessee River in MLF competition – two FLW Tour (now Tackle Warehouse Pro Circuit) wins on Kentucky Lake, one Toyota Series win on Kentucky Lake and three Phoenix Bass Fishing League wins on Pickwick Lake – Lambert is known to be a tournament-closer on the ledges, and he will absolutely be one of the favorites heading into Wednesday’s Championship Round.

“I’m really looking forward to getting back out there for the Championship Round on Wednesday,” Lambert went on to say. “I’ve just got to go out there and catch them again. I think I’ve got just as good of a shot as anyone.”

The top 20 pros from Qualifying Group A that now advance to Tuesday’s Knockout Round on Lake Chickamauga are: