KVD and the TVA: Just Vibing

When Kevin VanDam began his illustrious professional fishing career as an over-achieving 23-year-old from Michigan he was given the nickname, “the Kalamazoo kid.” En route to racking up nearly $7 million in career winnings VanDam has since earned a plethora of monikers including “KVD, “Dr. Crankenstein”, “Captain America”, and “The G.O.A.T.”; but it might be time to add “The Tennessee River man” to the list. 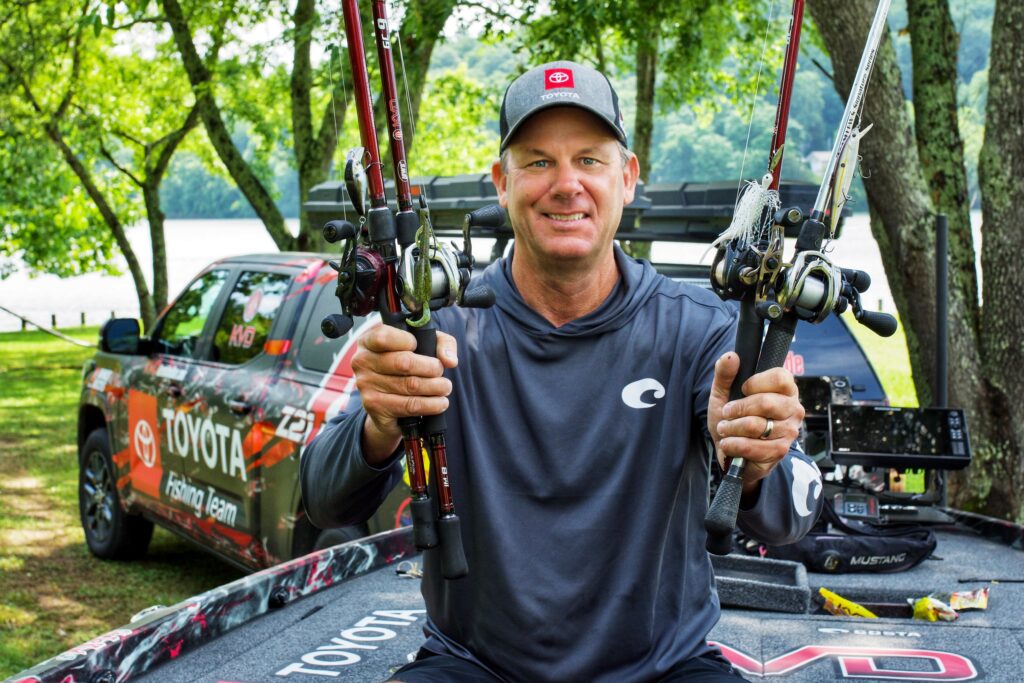 The Team Toyota pro has won hundreds of thousands of dollars and pile of trophies on Tennessee River fisheries, including his first Bass Pro Tour victory nearly a year ago to the day on neighboring Lake Chickamauga. After dominating his Qualifying Rounds on Watts Bar for General Tire Stage Five, KVD finds himself with a one-in-ten chance to win yet another title on the 652-mile-long river highway that the Tennessee Valley Authority (TVA) manages.

To be fair, VanDam has won trophies and posted top finishes from New York, to California, down to Texas, and everywhere in between. But there is no denying his incredible knack for finding and catching fish in this particular river system.

Okay, I might have added a word or three to the end of that quote, but it’s not far off from the truth. VanDam is a threat to win anytime he competes on the TVA chain of lakes, especially in the summertime.

Q – What was the first tournament you remember competing in on the TVA Chain of Lakes?

“Lake Guntersville,” VanDam recalled. “I remember reading and hearing about the legendary Lake Guntersville so I made a trip for fun and signed up for a Bassmaster invitational in ’88 or ‘89 before my pro career began. As soon as I saw the grass in the lake it reminded me of Michigan and I felt right at home.”

Q – Have you always “vibed with” the Tennessee River System, or was it a work in progress?

“Well I got a top 50 and a check in that event,” KVD said with a laugh. “No, I always felt comfortable with the Tennessee River lakes, but I didn’t understand anything about current or ledges initially. The grass aspect always felt like home, but truly understanding how to get the most out of these fisheries has no doubt been a work in progress.”

Q – The area has received a lot of rain since you’ve been on the water, do you expect that to change your primary pattern / strategy?

“It definitely could,” VanDam said. “With all the rain we’ve received I would think the TVA is going to pull more water and increase the current in Watts Bar. I’m not fishing offshore ledges, but my main lake pattern is 100% current related. There is a chance some of my shallower areas towards the backs could be blown out with muddy water, but there is a chance the increased current flow could make my bite better, too. We’ll find out tomorrow.”

Q – You “junk fished” your way to the Championship Round, what were your key lures?

“I’ve relied on four main lures based on the conditions and type of cover in front of me,” VanDam explained. “A 4-inch Strike King Game Hawg Texas-rigged on a 4/0 KVD Grip Pin Mustad hook with a ¼-ounce weight and a 3/8-ounce shad colored Strike King Thunder Cricket have been my two biggest players. Then mixed in a 300 series KVD Jerkbait and a KVD 1.5 Squarebill when fishing rip-rap or a little bit deeper grass.”

Q – What needs to happen tomorrow for you to capture another Bass Pro Tour trophy?

“My timing needs to be on point and I need to fish clean,” VanDam said. “I’ve been fortunate to land most everything that’s bit so far and with as tough as it is, I absolutely need to continue to do so. And timing, man, I need to get a few bites and dial in to what’s changed since Monday. It’s going to be anything but easy, but if I can do those two things, I really feel like I’ll have a chance to win.”