KVD’s Approach to Busting the Bubble

Kevin VanDam was the man on the Toro Cut Line here at Lake Travis for Stage TWO of the Major League Fishing Bass Pro Tour after his first day on the water.

KVD came into the second day of his Qualifying Round on the bubble; holding down the 20th place position after adding just under 10-lbs to the SCORETRACKER during a shortened day of fishing due to inclement weather. 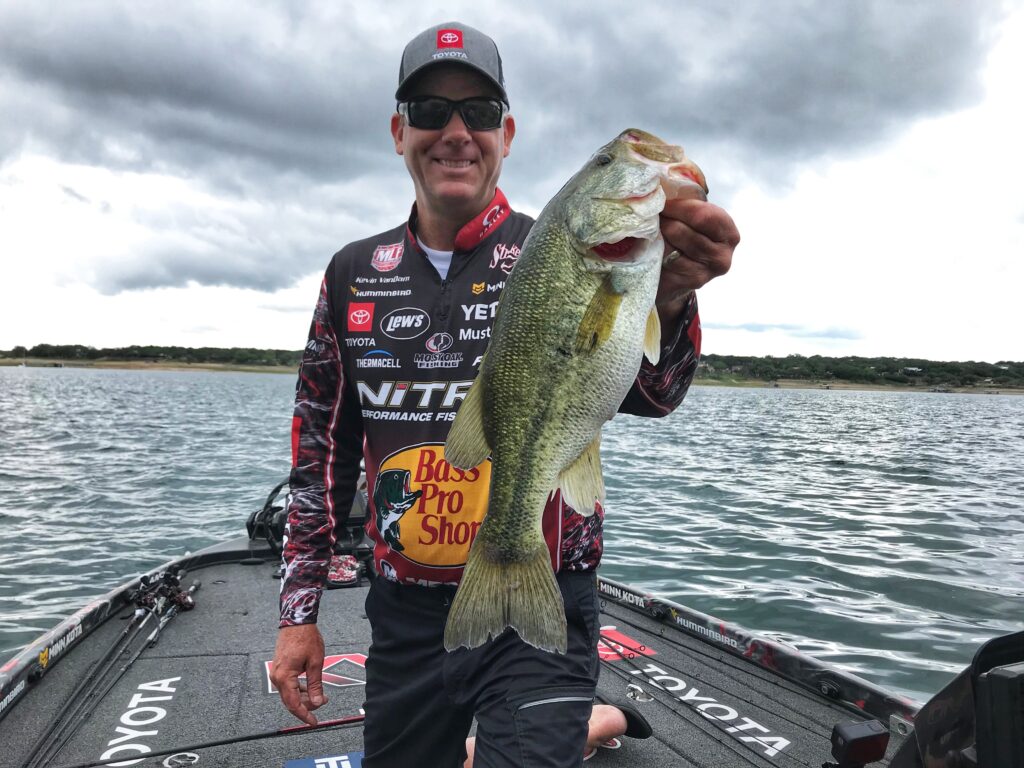 The Team Toyota pro will be the first to tell you he isn’t exactly happy with his day one results. While most pros would be content with limping in and moving on to the Knockout Round by any means necessary, VanDam’s competitive fire burns too bright to allow that kind of thinking.

“After what I saw during our two days of practice I am really surprised I struggled as much as I did (on Saturday),” VanDam said. “I figured out two pretty strong patterns the second day of practice but couldn’t really get the momentum rolling with them yesterday. I caught a pile of fish but most were just under the 1-pound 8-ounce minimum. We’re going to change that on Monday.”

Make no mistake; VanDam has no intention of targeting just enough weight to survive today. You don’t win over $6.8 million dollars with a rod and reel by playing it safe.

No, KVD plans to put his foot to the gas on and catch as much weight as possible to get him as far away from the cut line as he can. Instead of making substantial changes or overthinking it, VanDam intends to employ the same two patterns that proved fruitful for him during practice, but with subtle tweaks.

“I’m going to try and catch a couple big finicky shallow water largemouth first thing in the morning and then spend the rest of the day on a deeper deal that I never could get going on Saturday,” VanDam explained. “I had several nice fish show themselves on day one, but couldn’t get them to eat. I’ll try to change up my timing a bit and see where that takes me.”

In a way VanDam’s brain is kind of like a high-speed bass fishing computer. He computes information he’s learned from previous experience, his Humminbird electronics, current lake and weather conditions, as well as recent knowledge gained from practice.

The product of all this data usually results in a game plan that finds KVD finishing near the top of the leaderboard. There is certainly a science to it all.

The second-prong of VanDam’s Lake Travis approach is an offshore pattern focusing on twenty to thirty feet of water. It’s a pretty “sneaky deal” as he called it, even for KVD. It never ceases to amaze me how one of the most followed, studied, and covered bass anglers of all time is able to keep anything a secret.

But VanDam always has a few tricks up his sleeve. If his approach works out the way he believes it could, KVD might put on a Texas-sized show today on Lake Travis.