BIRMINGHAM, Ala. — Earlier this year, B.A.S.S. announced the bulk of its 2020 Bassmaster Elite Series schedule with a clear emphasis on visiting fisheries that hold giant bass. 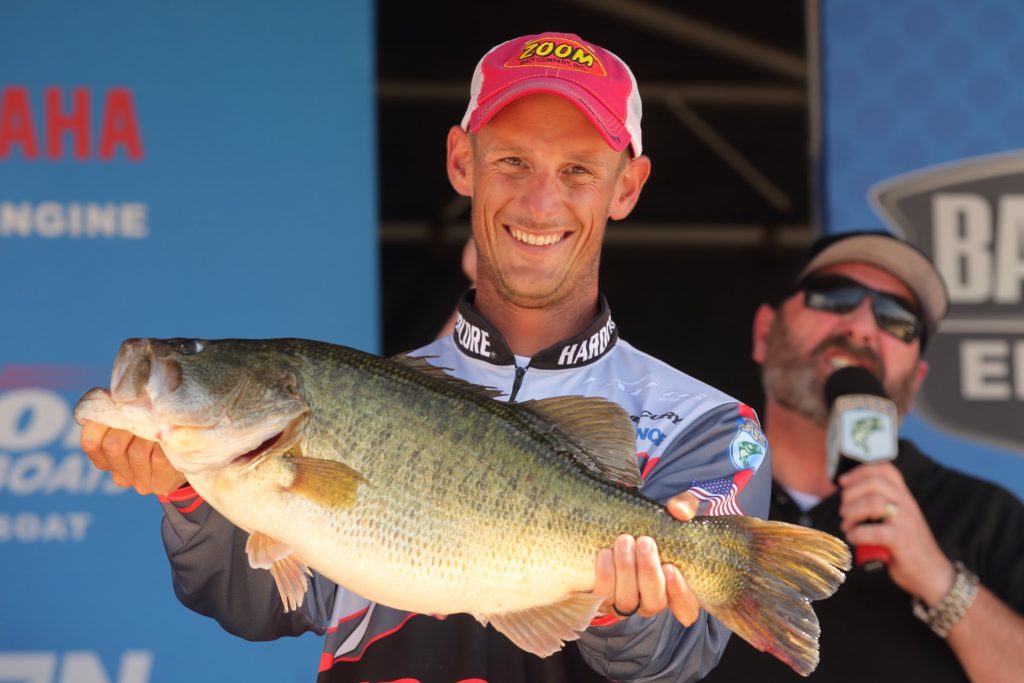 The 2020 Toyota Bassmaster Texas Fest benefiting Texas Parks and Wildlife Department is heading back to Lake Fork, where Brandon Cobb won the 2019 event with 114 pounds. Photo by Seigo Saito/B.A.S.S.

On that front, they saved the absolute best for last.

An already amazing schedule was finalized today when B.A.S.S. announced that Lake Fork — the Texas fishery that produced a pair of four-day weights over 100 pounds last year — will again serve as the venue for the 2020 Toyota Bassmaster Texas Fest benefiting Texas Parks and Wildlife Department.

The tournament will be held June 5-9 on the Sabine River Basin with daily weigh-ins and festivities at the Sabine River Authority headquarters on the shoreline of Lake Fork in Quitman, Texas. South Carolina angler Brandon Cobb claimed the Texas Fest title last year with a four-day total of 20 bass that weighed 114 pounds.

“That was the most amazing four days of fishing I’ve ever had,” said Cobb, who received one of B.A.S.S.’s coveted Century Belts for topping the 100-pound mark, along with Michigan’s Garrett Paquette, who placed second with 101-15. “When you set the hook at Lake Fork, you never know what you’re in for. I’ve wanted to go back there since the moment we rolled out of town.”

Cobb, whose catch for the week included an 11-pound, 1-ounce monster largemouth, earned $125,000 as his winner’s share of the event’s $1 million total purse. He also received a Toyota Tundra pickup truck for weighing the heaviest bass of the event.

That same incredible purse will be in place next year.

“You can look at the weights from last year and understand pretty easily why we’re going back to Lake Fork,” said B.A.S.S. CEO Bruce Akin. “It’s obviously one of the premier fisheries in the country.

“That, combined with the partnerships we have with Gulf States Toyota, Texas Parks and Wildlife Department and several other fantastic area groups makes it an event that everyone at B.A.S.S. is looking forward to — and one that we believe fans of the sport will really enjoy.”

“We are proud to once again present the Toyota Bassmaster Texas Fest benefiting Texas Parks and Wildlife Department, which showcases the great Texas outdoors,” Hamrick said. “Our continued partnership with the Texas Parks and Wildlife Department allows them to offer the Toyota ShareLunker Program and a number of youth and urban outreach programs.”

Wood County, Texas, Judge Lucy Hebron, who has helped with efforts to bring the event back to Fork, said several groups have worked hard to make it a reality.

“We would not be able to host the tournament this year were it not for the efforts of (General Manager) David Montagne and the wonderful folks at the Sabine River Authority,” Hebron said. “We truly appreciate all their hard work to make this happen.

“We also appreciate the help of our friends in the City of Quitman and the Quitman Economic Development Corporation, who are generously providing assistance for the tournament.”

Lake Fork presents a unique set of challenges for a bass tournament using a traditional format because of its slot limit. Anglers are required to release bass that measure between 16 and 24 inches, and may only bring in one bass per day that measures more than 24 inches long.

To comply with the slot limit regulation, B.A.S.S. will work with TPWD to once again use the “catch-weigh-immediate release” format that was used for the first time at the Toyota Texas Bass Classic at Lake Fork in 2007.

A judge in each angler’s boat will weigh and record the official weight of each bass caught. The bass will be immediately released, except for one fish over the slot, which can be taken back to the Texas Fest weigh-in stage to show off to fans.

Last year, when Cobb caught his 11-1 giant, he already had an 8-13 in his livewell that was released.

“That’s the only time in my life I can remember letting almost a 9-pounder go during a tournament,” Cobb said. “But those regulations are what have made that lake so great — and I think the format is a lot of fun at a place like Fork.”

The Top 40 remaining anglers, based on heaviest weight, will return to the water for the semifinal round on Monday, June 8. Then the Top 10 will compete on Championship Tuesday, June 9.

Constructed as a water supply reservoir, Lake Fork is owned and operated by the Sabine River Authority of Texas. Impounded in 1980, Fork holds the state bass record of 18.18 pounds, it produced 30 of Texas’ Top 50 largemouth bass and seven of the Top 10. It dominates the list of Texas lakes that have produced 13-pound “Legacy” bass entered in the Toyota ShareLunker program. Fork has yielded more than 260 “teen” bass over the years and roughly 45% of the total ShareLunker Legacy entries statewide.

“In addition to its crucial importance as a major water supply reservoir for the east Texas area, Lake Fork has earned a global reputation as a premier largemouth bass fishery. Thanks to the longstanding partnership between the SRA and the Texas Parks and Wildlife Department, Lake Fork Reservoir continues to positively impact our local and regional economies while providing a high quality, dependable supply of surface water,” said David Montagne, Executive Vice President and General Manager of the Sabine River Authority of Texas.

The event will be covered in real time on Bassmaster LIVE with programming on Bassmaster.com and ESPN3 and in an episode of The Bassmasters television program to be aired later on ESPN2, ESPN Classic and The Pursuit Channel.