Stage Three of the Major League Fishing Bass Pro Tour offered plenty of drama today at the conclusion of Group A’s Qualifying Round on the Harris Chain of Lakes. Mark Daniels Jr. and Randy Howell played leapfrog on the Toro Cut Line throughout the third period, which culminated in MDJ catching one last scoreable bass in the waning minutes of competition to lock in the 20th spot. 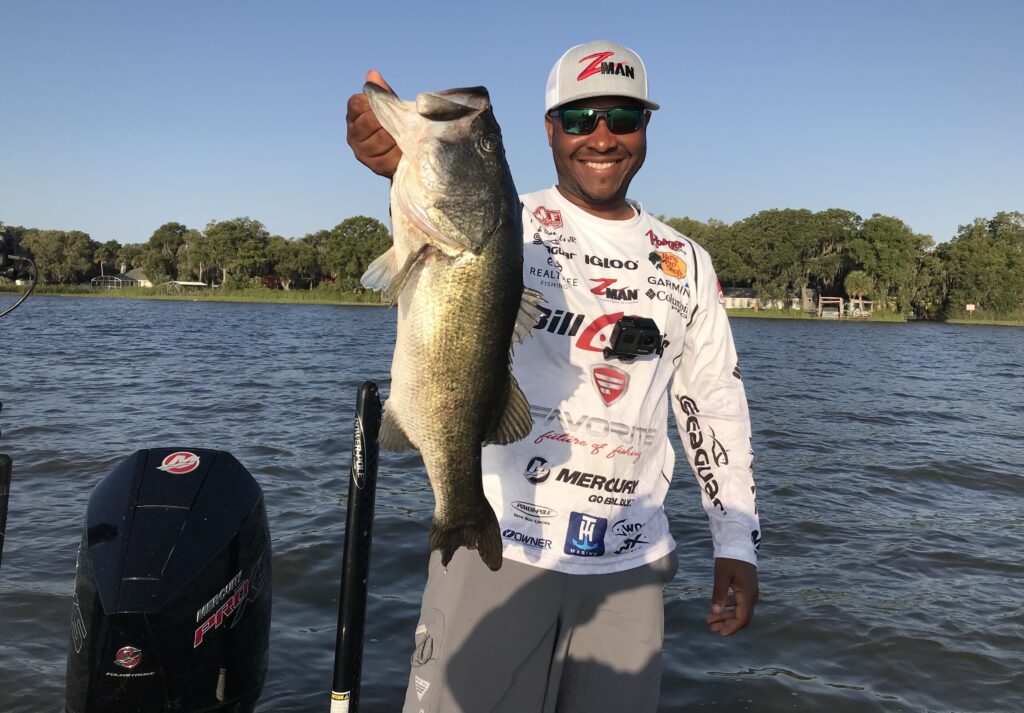 By sliding into the 20th place position in the last five minutes, the Toyota Bonus Bucks angler secured his qualification for Tuesday’s Knockout Round, with just 5-ounces separating him from Randy Howell. Talk about last minute heroics.

“Man it is so dang stressful to be right there on the cut line as the clock is winding down,” Daniels Jr. said. “I don’t like being in that position at all, but thankfully for me I ended up on the shiny side today. I’m not happy I put myself in that position, but I’m grateful it turned out the way it did.”

The always-gracious Bill Lewis pro started the day in 10th place and was hopeful he could wind up enough fish to cruise into the Knockout Round, but changing weather conditions threw a wrench into that plan. On the first day of his Qualifying Round, MDJ caught every bass on a reaction bait but he struggled to get that pattern going today.

“The lack of wind really seemed to hurt the bite I was on,” MDJ explained. “It becomes extremely hard to fool Florida bass with a reaction bait when it slicks off.”

Daniels Jr. tried of plethora of other techniques, and actually caught one key scoreable bass with a flipping stick, but ultimately had to go back to the well with a moving bait to give him the boost he needed.

Team Toyota pro Jacob Wheeler travels with MDJ on the Bass Pro Tour and was unfortunately on the other side of the cut line drama today in the sunshine state. Wheeler finished the day just over 4-pounds out of 20th place and lost a big bass on a crankbait with just a few minutes remaining in dramatic fashion.

Wheeler is coming off his third Bass Pro Tour victory on Lake Travis just a couple short weeks ago and will have to live vicariously through his travel mates Dustin Connell and Mark Daniels Jr. this week. Both anglers advanced to the Knockout Round today and will start fishing again Tuesday morning with a clean slate.

“The beauty of this Major League Fishing format is I can absolutely still win this tournament,” Daniels Jr. proposed. “I barely squeaked in to the Knockout Round, but come Tuesday the weights will be zeroed and anything can happen.”