Lester: FFS And Fewer Suppers From A Sack

You might think after the phenomenal season Team Toyota’s Brandon Lester had in 2022, there’d be no need for him to make any New Year’s resolutions for ’23, but a champ like Lester is always looking to improve his game. So, count him among the 40% of Americans with a fresh list of goals for self-improvement as a new year begins. 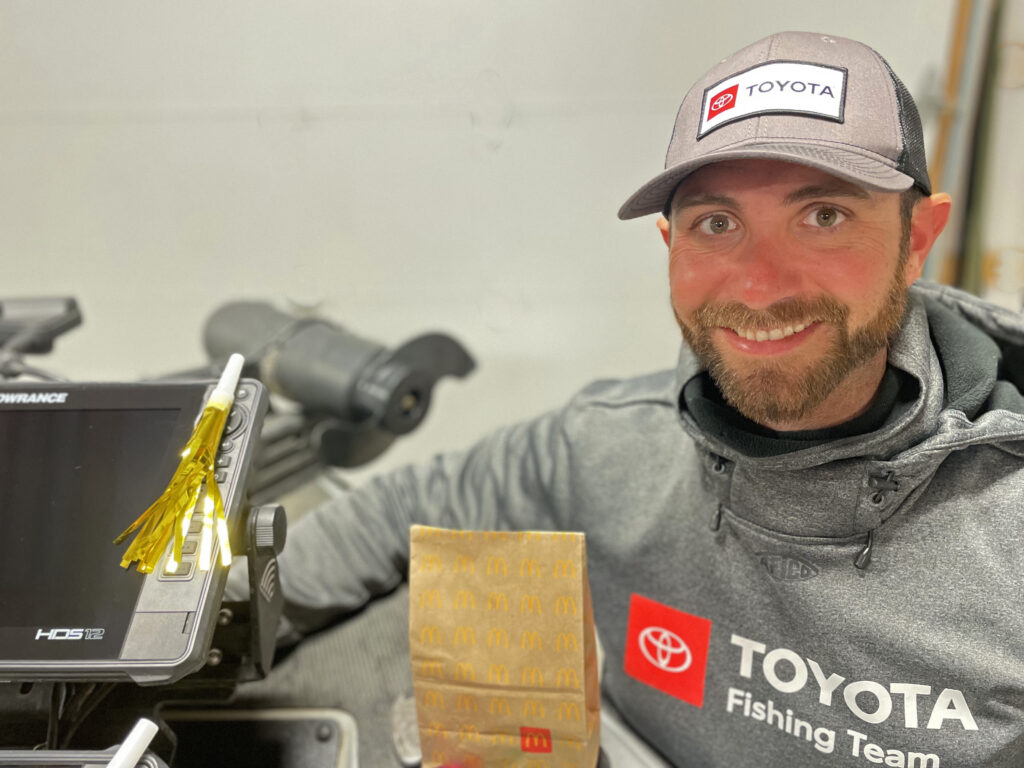 “I always say I want to catch more fish in the season ahead than I did last year, and if I do that, it’ll be a pretty epic year ahead,” smiles the humble Tennessee pro.

“But I also want to keep learning more about forward facing sonar (FFS) and clean up my diet to a point that old Tim McGraw song that talks about “another supper from a sack, a 99-cent heart attack” doesn’t haunt me anymore,” laughs Lester.

Lester loves country music, and he says that particular McGraw lyric crosses his mind literally every time he finds himself chasing a fast, easy, meal in a paper sack amid tackle preparation for the next day.

“My wife Kim is a personal fitness trainer, so when she and my girls are on the road with me we tend to eat fairly healthy, but a lot of the time I’m alone, and the last thing I want to do is sit at a lonely table inside a restaurant and eat a salad. So, I’ve got to start looking for healthier options I can grab on-the-go this season,” says Lester.

Speaking of food on the go, he says his continued study of forward-facing sonar has revealed bass are far more ‘on the move’ in their hunt for food than he ever realized. To the point not even a cozy brushpile is necessarily a place they call home for hours or days at a time, but instead more like a drive-thru window they dip into to ambush bait, and then often move on from.

“What I’ve learned from studying Lowrance’s Active Target is pretty mind-blowing. I’ve seen bass on the move so many times, I think it’s the reason we can catch fish on the exact same stretch of shoreline somebody else just fished. I think fish are always moving in and out of feeding locations like we do our favorite restaurants,” he explains.

Lester says he feels good about his practice day strategies, the lures he leans on most, and his mental approach to the career he loves. But as a pro he admits he’s constantly thinking on how to get better at his craft.

“You can debate forward facing sonar all you want, but the fact of the matter is, it’s a technology that’s here to stay. You either embrace it or get left behind. So I’m embracing it, constantly trying to interpret it better, and catch more fish with it,” he says.

His commitment to mastering fishing’s latest game-changing sonar is a sure bet, but we might need to encourage him a little extra when it comes to staying clear of paper bag dinners in the year ahead.

Get all your tackle here