Brandon Lester was saving the waypoints of every 3-pound bass and bigger he put eyes on during the first day of practice on at the Guaranteed Rate Bassmaster Elite on Lake Fork. But by the second day, he realized 3-pounders were so plentifully visibly on spawning beds they may not even be worthy of marking their locations. 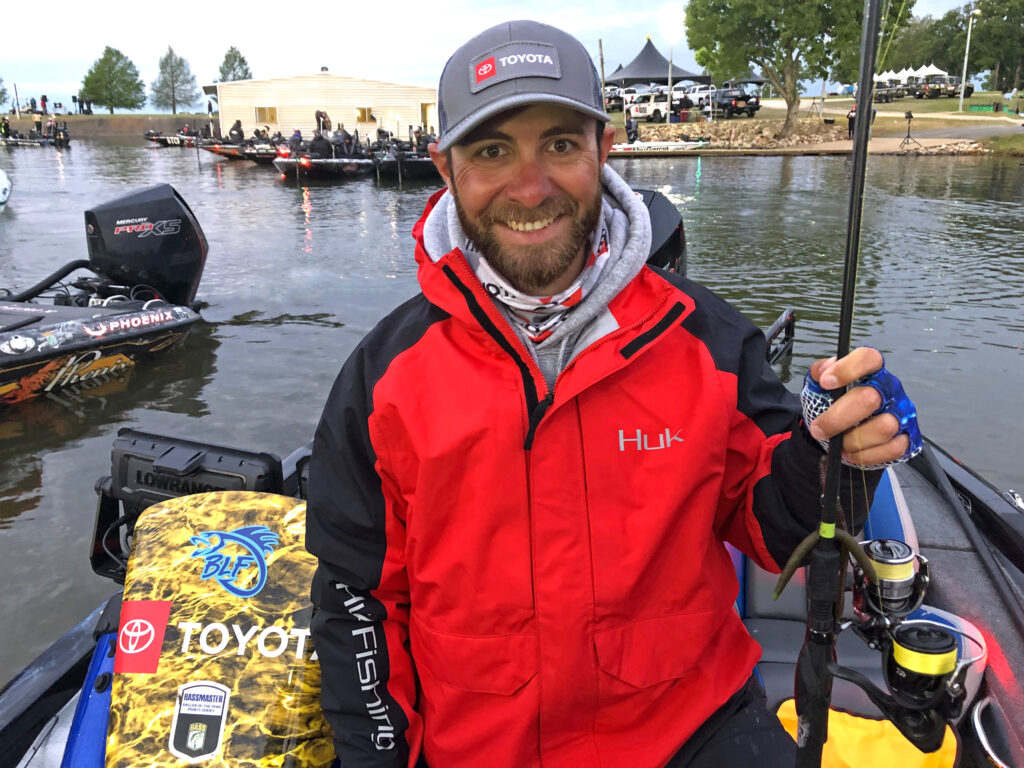 “It may be 45-degrees out here this morning, but look, it was even colder yesterday morning, and that didn’t slow down a wave of even more huge females from hitting the bank. This bunch is gonna blast ‘em today!” warned the Team Toyota pro in the predawn of Day 1.

Lester is self-taught and very comfortable with his sight fishing skills, and says the biggest thing he’s learned is that if a bedding bass won’t acknowledge his lure within about 15-minutes, it’s probably time to move along and look for a more aggressive fish. Especially in a tournament like this where so many are visible, and time is money.

“I’m not scared to pick up a spinning reel with a 12-pound leader to coax a shy fish to bite, because on this lake they get so much pressure that’s what it takes sometimes. But if I had my wish of course, I’d rather pitch in there with 20-pound Vicious line and jack on ‘em,” he grins.

Speaking of fishing pressure, it doesn’t just come from the Elite Series field. For three decades now, Lake Fork has simply been one of America’s Top 5 most popular trophy bass fisheries, which translates to thousands of guide fishing trips hunting down these fat shallow water spawners too. Heck, some guide boats even mount small ratchet-strapped step ladders to the front deck to help them see the spawners easier.

“Friday’s stormy weather may slow things down slightly, but there’s a full moon on the way, and sunny weather forecasted this weekend. So yes, it’s fixin’ to get real serious, and I don’t doubt that 25 pounds on Day 1 will only be good enough for around 10th place,” concluded Lester.