Lester Says Largemouth Could be the Wildcard

Brandon Lester warns you’d better keep an eye on guys like Greg Hackney and Brock Mosely this week who aren’t afraid to gamble with “green fish” for the win. 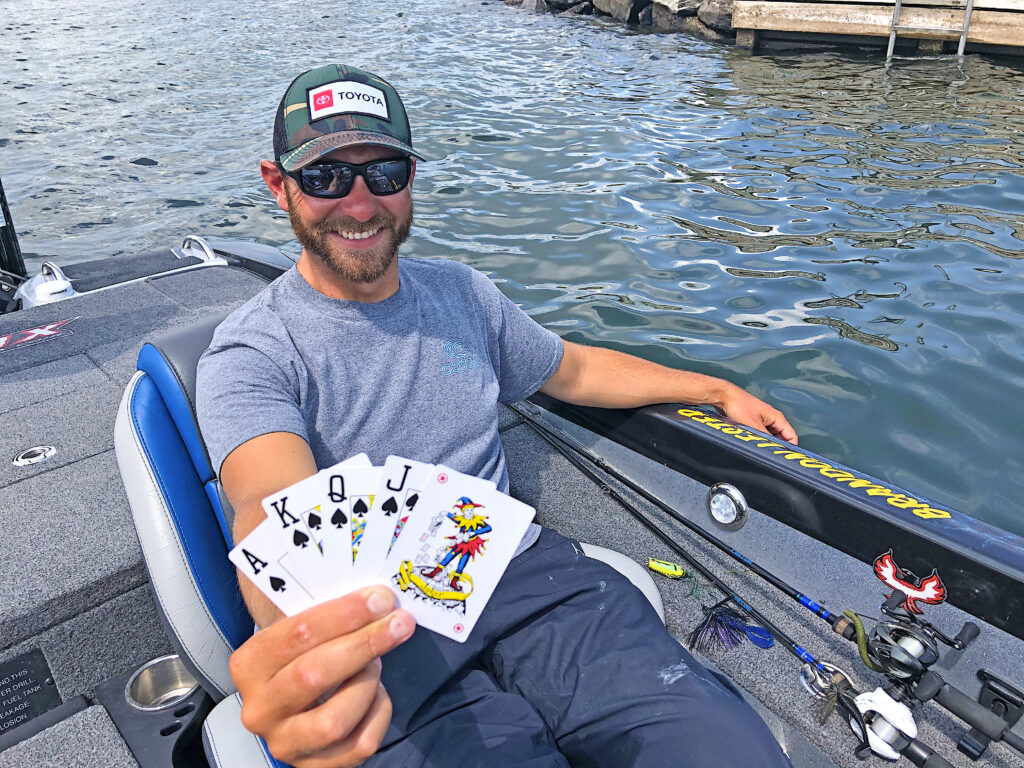 Mosely dang near won here on the St. Lawrence last summer with largemouth before finishing second, and Hackney finished 3rd here at the 2015 Elite with largemouth.

“I haven’t lost my mind. I’m not saying smallmouth on dropshots and Ned rigs won’t win this thing. But because of the current conditions, I do think largemouth are probably more of a meaningful wildcard factor than just about any year that we’ve been here,” says Lester, who nearly won the 2018 Elite on the St. Lawrence.

St. Lawrence smallmouth have been blitzed by pro angling pressure the past three weeks like opposing AFC quarterbacks running from Tedy Bruschi and Willie McGinest at Gillette Stadium a few years back.

Plus, there is a bit of “post spawn funk” at play, and the Canadian side of the river that historically holds some of the finest smallmouth hotspots is off limits to Elite Series anglers this week.

“Largemouth might only account for 15% of all the bass weighed-in this week, but since we’ve got a few of those key factors hindering the smallmouth bite, it won’t shock me if at least two or three guys that finish in the Top 10 this week, lean mostly on largemouth,” says Lester.

No matter what species you target, he thinks you’d better average at least 19 pounds a day for a Top 10. “This place is phenomenal. I just don’t see 18 pounds a day being enough for a Top 10. Let alone a shot to win,” he concludes.