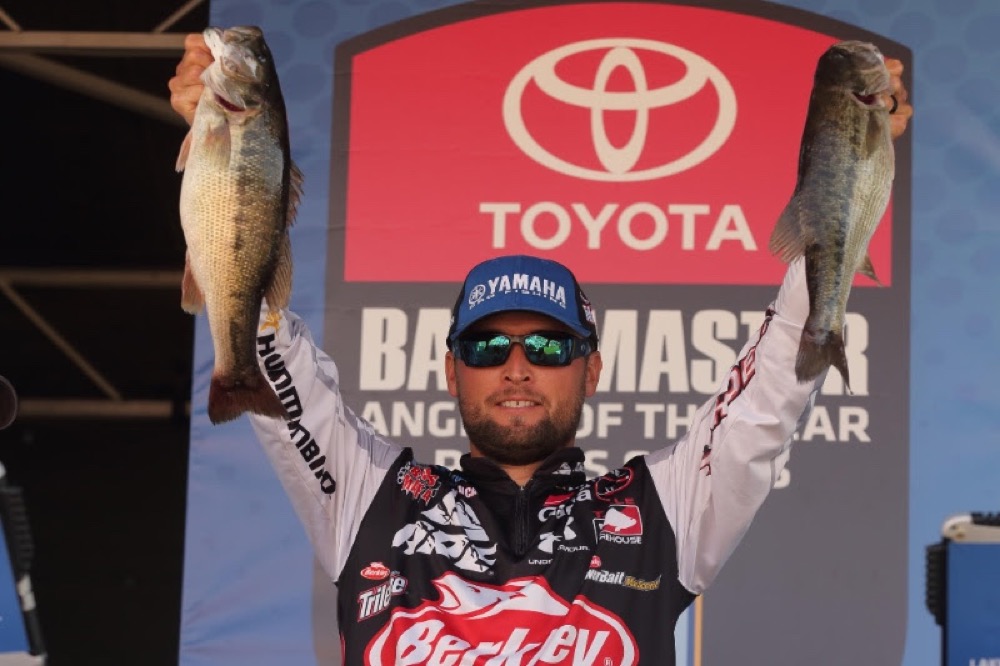 First, he needed to catch enough bass to simply maintain the first-place lead he brought with him in the regular-season AOY standings. He’s done that easily with 10 bass that weighed 27 pounds, 2 ounces the first two rounds, including a catch of 13-12 on Friday.

Lucas also needed Josh Bertrand, his good friend and closest competition in the AOY standings, to struggle. That’s happened as well, with Bertrand landing only two fish the first round and now resting in 43rd place in the weekly standings with a two-day weight of 15-13.

It’s never over until it’s over. But as Lucas now holds a gigantic 47-point lead in the standings with only one day left to fish, the race is certainly creeping in that direction.

“We have one more day, and I need to go out and catch maybe 8 pounds to lock it up,” said Lucas, who admits he’s been losing sleep over the idea of winning the AOY trophy and the $100,000 bonus that goes with it. “It may not even take 8 pounds, but I haven’t reached the point where I feel like I can let up.”

“Stuff that I hit yesterday, I don’t know if the timing was off or what, but those places just weren’t good today,” he said. “So I just mixed up the timing a little today, and things worked out fine.

“The key for me was getting away from all of the boat traffic. When I’m in a calm area, I can catch a fish because I have an exact cast I need to make to catch a bass.”

Though the tournament won’t conclude until Sunday, Lucas was very open about the bait he’s using. It’s a Berkley Cane Walker, one of several new topwater baits recently unveiled by the company.

“It just came out this week,” he said. “It’s all chrome, and that’s just a really good color when it’s sunny and calm. It has a lot of flash to it. I can cast it a mile, and it comes with great hooks right out of the box.

“It’s loud and it spits a lot of water. On a long cast, all of that stuff works together.”

While Lucas was tightening his hold on the AOY Championship, James Elam was putting himself in position for a wire-to-wire victory in this week’s tournament. After taking the individual lead on Day 1 with 16-10, the Oklahoma pro remained consistent with 16-14 and now leads with a two-day total of 33-8.

His closest competitor is Tennessee pro Jacob Wheeler, who is second with 31-5 after catching 16-5 on Day 2. The heaviest three-day weight this week will earn $25,000 and one of the coveted blue trophies that is awarded to every Elite Series winner.

The anglers will take Saturday away from the lake for the Elite Expo at the Georgia Mountain Fairgrounds. The Expo, 11 a.m. to 5 p.m. ET on Saturday and Sunday, will include demo rides, the latest from Toyota, the Berkley Experience trailer with its live aquarium and more.

All 50 of the Bassmaster Elite Series AOY contenders will attend the Expo before heading back to Lake Chatuge Sunday to decide the AOY season champion and the tournament winner.

Sunday’s takeoff will be at 7:10 a.m. ET from Georgia Mountain Fairgrounds, with the final weigh-in back at the Fairgrounds at 3:30 p.m.