FOR IMMEDIATE RELEASE: Friday, November 15, 2019 (Tulsa, Okla.) Major League Fishing (MLF) announced today that Aaron Beshears has accepted the position of Tournament Director for the Bass Pro Tour and MLF Cup events. Shortly after joining MLF in 2014 as a volunteer Official, Beshears was promoted to Lead Official in 2015. In late 2018 Beshears was one of the league’s first hires as MLF launched the Bass Pro Tour serving as Manager of Competition Crew Recruiting and Training throughout its inaugural year. 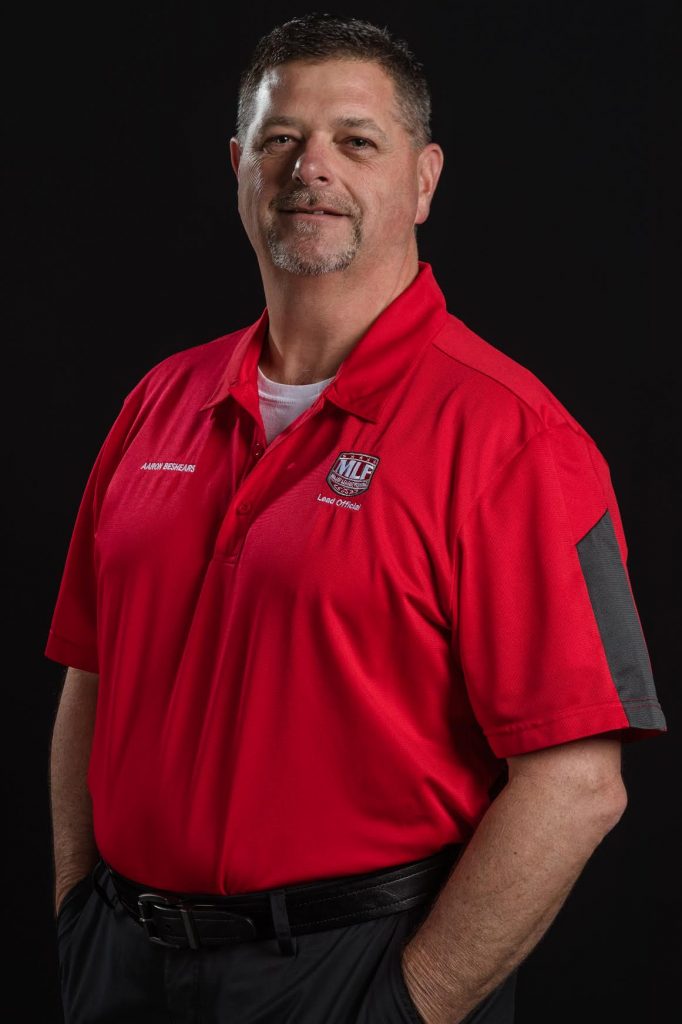 “Aaron did a fantastic job of recruiting, training, and deploying our battalion of League Officials,’ reflected Todd Walker, Senior Director of Operations for MLF. “With what seemed like an impossible task due to the shortened timeline, he turned into a huge success on which we will build for years to come, making him the perfect choice for this new role.”

Prior to joining MLF, Beshears retired from a 20-year career in law enforcement in 2010. His love for bass fishing, which began as a child in Oklahoma and Arkansas, led him to Major League Fishing where their conservation-friendly format appealed to him as a weekend tournament angler himself. When not at work, Aaron enjoys cooking barbeque with his wife Candice and their two children, Morghan and Taryn.