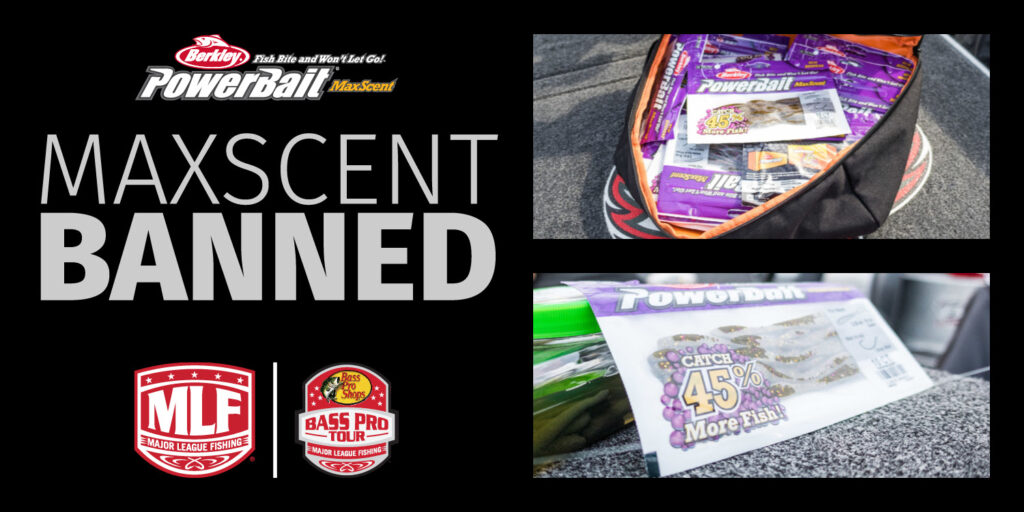 “The bait has simply evolved to a point that it provides an unfair competitive advantage to Bass Pro Tour anglers that cannot use the product – whether through limited availability or competing sponsorship restrictions,” Beshears continued. “That said, Berkley PowerBait MaxScent baits will still be permitted in our MLF BIG5 tournament circuits. This decision is consistent with the wishes of the majority of our Bass Pro Tour anglers.”

Berkley remains a sponsor of MLF and the Bass Pro Tour, and MLF is currently in discussions with the company and its stakeholders regarding this decision.

For further clarification on the elimination of Berkley PowerBait MaxScent from the Bass Pro Tour competition, visit MajorLeagueFishing.com

“We are proud to be an angler-driven league and to continue to support our anglers and their livelihood with this decision,” said Boyd Duckett, MLF co-founder and President of the Professional Bass Tour Anglers’ Association (PBTAA). “The Alabama Rig was banned in 2013 for similar reasons and we believe this is the next crucial step to creating a level playing field and ensuring no one angler or group of anglers has an unfair advantage over the rest of the field.

“Since 2012, we have prided ourselves on listening to our anglers, providing them with excellent tournaments on premium fisheries and a game that can be played and won by any competitor. We believe the game must continue to evolve as well in order to preserve the integrity of the sport.”

The Berkley PowerBait MaxScent products which are now prohibited from usage on the Bass Pro Tour are:

The 2021 Bass Pro Tour features a field of 76 of the top professional anglers in the world – joined at each event by 4 pros that qualify from the Tackle Warehouse Pro Circuit – competing across seven regular-season tournaments around the country, competing for millions of dollars and valuable points to qualify for the annual Heavy Hitters all-star event and the REDCREST 2022 championship. The next event for Bass Pro Tour anglers will be the 2021 General Tire Heavy Hitters Event, held April 9-14 at Falls Lake, Jordan Lake & Shearon Harris Reservoir in Raleigh, North Carolina.