DAYTON, Tenn. (May 28, 2021) – Major League Fishing (MLF) is set to return to Lake Chickamauga and Dayton, Tennessee, next week, June 4-9, for the B&W Trailer Hitches Stage Four Presented by Wrangler at Lake Chickamauga.

The six-day event, hosted by Fish Dayton and the Rhea Economic & Tourism Council, will feature 80 of the best professional anglers in the world, including local favorites like Dayton’s Andy Morgan and Michael Neal, Spring City’s Wesley Strader and John Murray, and Harrison’s Jacob Wheeler, fishing for a purse of more than $805,000, including a top payout of $100,000 and valuable points in hopes of qualifying for REDCREST 2022, the Bass Pro Tour championship. 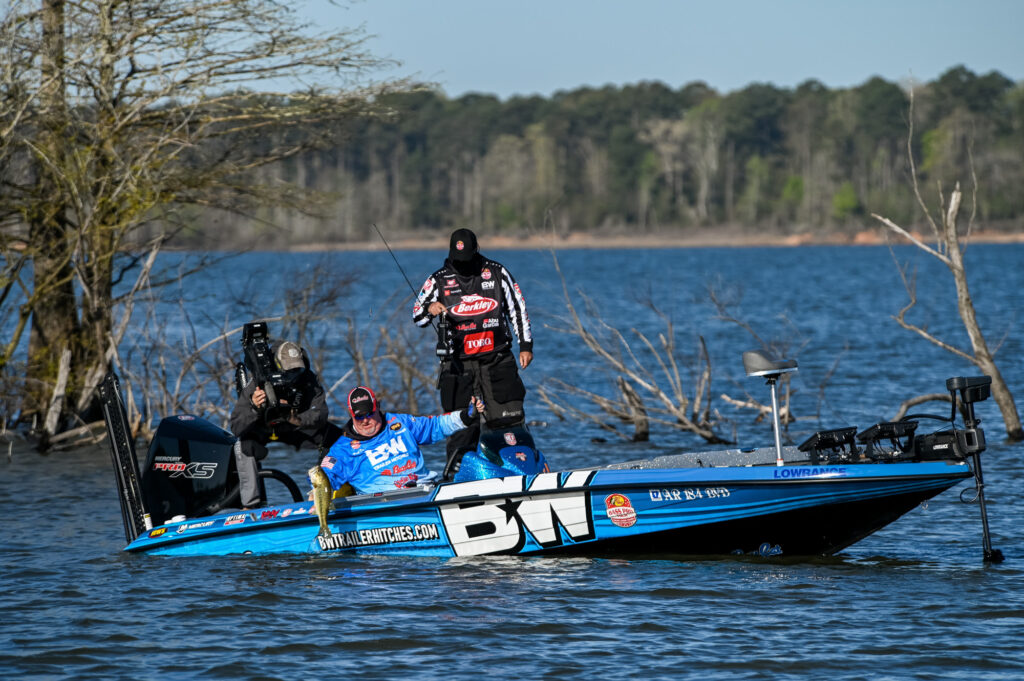 As part of the event, fans will also be treated to the Stage Four Hangout at Bass Pro Shops in Chattanooga, Tennessee, on Friday, June 4 from 4 to 7 p.m., and on Saturday, June 5 and Sunday, June 6 from Noon to 5 p.m. The free event includes the opportunity to interact with Bass Pro Tour anglers, enjoy activities and special fan-only giveaways provided by MLF sponsors, and learn more about the sport of fishing and other outdoor activities in fishing seminars. All activities are free and open to the public. For more information on the Stage Four Hangout hosted by Bass Pro Shops, visit MajorLeagueFishing.com.

“Rhea County is proud to host the top bass anglers in the world here on Lake Chickamauga, and we look forward to seeing the exciting Bass Pro Tour competition unfold. Our lakes are renowned for producing great largemouth bass, and we thank the TWRA for their stocking program that helped bring this about,” said Rhea County Executive George Thacker.

The tournament will be fished using MLF’s catch, weigh, immediate-release format, in which the anglers try to catch as much weight as they can each day, while also feeling the pressure and intensity of the SCORETRACKER® leaderboard. The tournament is being filmed for broadcast later this year on the Discovery Channel.

When the MLF Bass Pro Tour last visited Lake Chickamauga in 2019, hometown favorite Andy Morgan boated 34 bass weighing 80 pounds even in the Championship Round to win by more than 19 pounds and claim the $100,000 top prize.  Although Lake Chickamauga has played host to dozens of MLF BIG5 (previously FLW) tournaments over the years, 2021 will mark just the second time that the Bass Pro Tour has visited BassTown USA.

“This is going to be a fun event,” said Spring City’s Strader, who has more than $2 million in career earnings in MLF competition. “The lake has had a lot of pressure on it, but that’s pretty much everywhere because of COVID. But the numbers will still be really good – it should be a typical June offshore bite – and we’re still going to see some Chickamauga giants.”

Strader said the key to doing well will be having multiple different patterns in play.

“The key will be mixing things up,” Strader said. “I don’t think you’re going to be able to rely on one spot – you’ll need several areas. Bait selection and timing will be important, and also the water flow situation. If it rains a lot before the tournament or there is a lot of power usage, the water will be flowing and that would be good.

“I’ll definitely have a Zoom Superfluke on a scrounger head jig tied on,” Strader continued. “A Zoom Ol’ Monster worm, a crankbait like a (Strike King) 6XD, and maybe even a mid-depth PH Custom Lures Balsa Crankbait.”

Anglers will take off from the Dayton Boat Dock, located at 175 Lakeshore St., in Dayton, at 6:30 a.m. ET each day of competition. Each day’s General Tire Takeout will also be held at the Dayton Boat Dock, beginning at 3:30 p.m. Fans are welcome to attend all takeoff and takeout ceremonies and also encouraged to follow the event online throughout the day on the MLF NOW!® live stream and SCORETRACKER® coverage at MajorLeagueFishing.com.

The B&W Trailer Hitches Stage Four Presented by Wrangler at Lake Chickamauga will feature anglers competing with a 2-pound minimum weight requirement for a bass to be deemed scorable. Minimum weights are determined individually for each competition waters that the Bass Pro Tour visits, based on the productivity, bass population and anticipated average size of fish in each fishery.

The four pros from the Tackle Warehouse Pro Circuit that will join the Bass Pro Tour to compete at the B&W Trailer Hitches Stage Four Presented by Wrangler at Lake Chickamauga are Matt Becker, David Williams, Tai Au and Evan Barnes. Those anglers qualified via their finishes in the third Pro Circuit event of the year – the Googan Baits Stop 3 at Lake Murray in Columbia, South Carolina.

The 40 Anglers in Group A compete in their two-day qualifying round on Lake Chickamauga on Friday and Sunday – the 40 anglers in Group B on Saturday and Monday. After each two-day qualifying round is complete, the anglers that finish in 2nd through 20th place from both groups advance to Tuesday’s Knockout Round, while the winner of each group advances directly to Wednesday’s Championship Round. In the Knockout Round, weights are zeroed and the remaining 38 anglers compete to finish in the top 8 to advance to the Championship Round. In the final day Championship Round, weights are zeroed and the highest one-day total wins the top prize of $100,000.

Television coverage of the B&W Trailer Hitches Stage Four Presented by Wrangler at Lake Chickamauga will be showcased across two two-hour episodes, premiering at 7 a.m. ET, Oct. 9 on the Discovery Channel. New MLF episodes premiere each Saturday morning on the Discovery Channel, with additional re-airings on the Outdoor Channel and the Sportsman Channel. Each two-hour long reality-based episode goes in-depth to break down each day of competition.