JASPER, Texas (March 15, 2021) – Major League Fishing (MLF), the world’s largest tournament fishing organization, is set to open the 2021 Bass Pro Tour season – the third season of the revolutionary Tour – March 21-26 with the Toro Stage 1 at Sam Rayburn Reservoir presented by Power-Pole . Hosted by the Jasper County Development District, the event will feature 80 of the best professional anglers in the world competing for a top award of $100,000 and valuable points in hopes of qualifying for REDCREST 2022, the Bass Pro Tour championship. 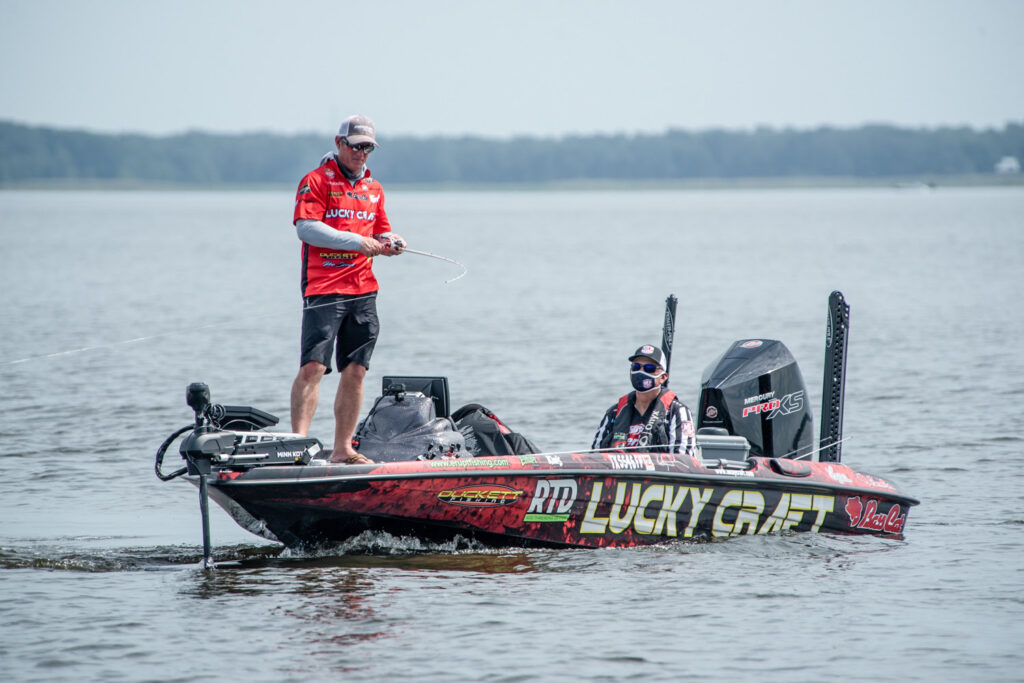 Although Sam Rayburn Reservoir has played host to numerous MLF BIG5 (previously FLW) tournaments over the years, 2021 will mark the first time that the MLF Bass Pro Tour has visited Sam Rayburn. The event will be fished using MLF’s catch, weigh, immediate-release format, in which the anglers try to catch as much weight as they can, while also feeling the pressure and intensity of the SCORETRACKER® leaderboard. The total purse for the Bass Pro Tour Toro Stage 1 at Sam Rayburn Reservoir presented by Power-Pole is more than $805,000.

“I’m really excited about starting the season off at Sam Rayburn,” said pro Kelly Jordon, a 25-year veteran from Flint, Texas. “With all of the huge bass Texas is kicking out so far this year, I know we will be in the right place to catch some big ones. My goal is to win the season-opener at Sam Rayburn, although, I know that 79 other anglers will be there with a similar goal in mind. I can’t wait.”

“I really love Rayburn,” Florida pro Shaw Grigsby told MajorLeagueFishing.com reporter Dave Landahl. “What’s not to love? It holds big bass, and lots of them. It’s loaded with hydrilla and other vegetation, and really fits my fishing style from Florida. It’s one of those textbook lakes, something you’d read about in a magazine. You can figure fish out and you’re able to pattern them.

Grigsby expects to use an assortment of soft plastics like Rage Bugs, Rage Lizards, Caffeine Shads, small tubes, an  Ocho, and even a drop-shot at Rayburn. Add a mixed bag of  Strike King Thunder Crickets, Red Eye Shads, and a KVD jerkbait, and the Mercury pro believes that he has a well-rounded toolbox for east Texas in early March.

“I’ll be looking for big ones to sight fish with my trolling motor on high, and I’ll use the moving baits to pick off bass as I’m looking for the giants,” he says. “I’ll probably be throwing that Thunder Cricket the most for my moving bait.

“We could see the record big fish for the Bass Pro Tour caught here,” Grigsby went on to say. “It’s rare to be there this time of year and not see a 10- to 13-pound bass on a bed. I’m excited to be at one of the best lakes in the country at the best time of the year for really big bass.”

The 2021 Bass Pro Tour features a field of 76 of the top professional anglers in the world – joined at each event by 4 pros that qualify from the Tackle Warehouse Pro Circuit – competing across seven regular-season tournaments around the country, competing for millions of dollars and valuable points to qualify for the annual Heavy Hitters all-star event and the REDCREST 2022 championship.

The four pros from the Tackle Warehouse Pro Circuit that will join the Bass Pro Tour to compete at the Toro Stage 1 at Sam Rayburn Reservoir presented by Power-Pole are Ron Nelson, Spencer Shuffield, Grae Buck and Matt Becker. Those anglers qualified via their No. 1 through No. 4 finishes in the 2020 Pro Circuit Angler of the Year standings.

In accordance with COVID-19 protocols, attendance is limited to competing anglers, essential staff and media covering the event only. Fans are encouraged to follow the event online through the MLF NOW!® live stream and SCORETRACKER® coverage at MajorLeagueFishing.com.

Television coverage of the Bass Pro Tour Toro Stage 1 at Sam Rayburn Reservoir presented by Power-Pole will be showcased across two two-hour episodes, premiering at 7 a.m. ET, Aug. 28 on the Discovery Channel. New MLF episodes premiere each Saturday morning on the Discovery Channel, with additional re-airings on the Outdoor Channel and the Sportsman Channel. Each two-hour long reality-based episode goes in-depth to break down each day of competition.

The MLF NOW!® broadcast team of Chad McKee, Marty Stone and J.T. Kenney will break down the extended action on all six days of competition from 7:45 a.m. to 4:30 p.m. MLF NOW!®  will be live streamed on MajorLeagueFishing.com. and the MyOutdoorTV (MOTV) app.