Matt Arey Is Passionate About Pickleball

Pickleball, the game that’s a hybrid cross between tennis and badminton, has become the fastest growing sport in America with nearly 5 Million participants – and that includes pro angler Matt Arey, who now plays three to four days a week after taking he and Emily’s young daughters to school. 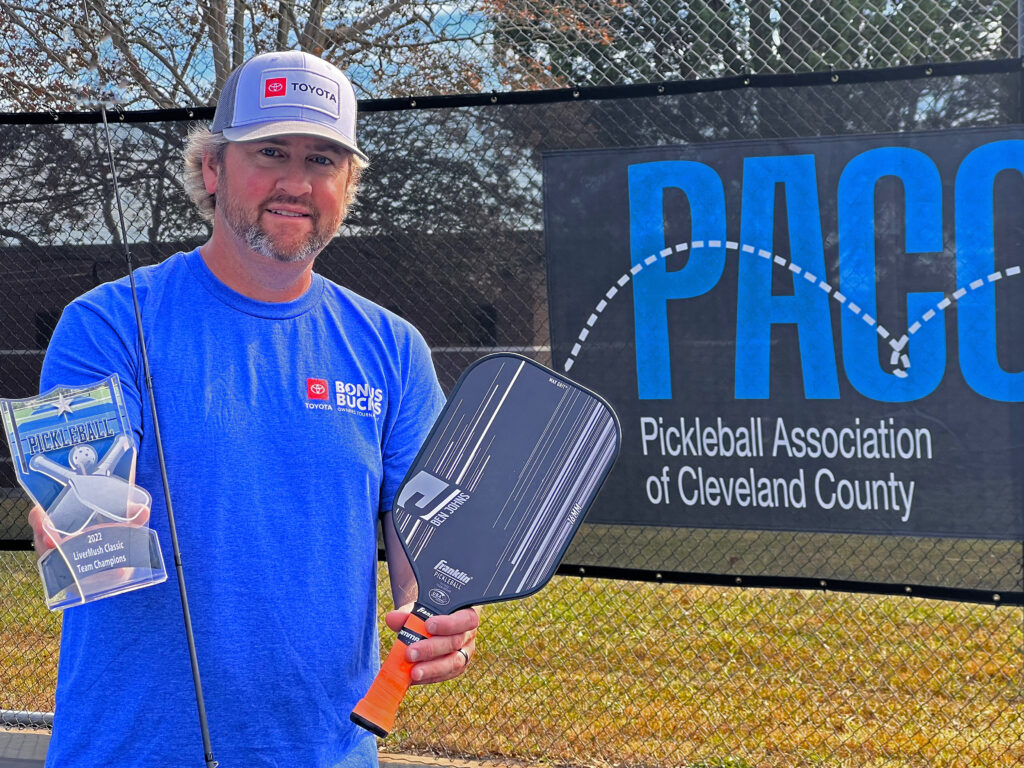 “I’ve been a competition junkie my entire life. I’ve played competitive baseball, paintball, soccer, and volleyball in the past, and obviously, I compete for a living as a pro angler, but I swear pickleball is the most addictive sport I’ve ever played,” grins the Team Toyota angler.

Arey plays for more than two hours at each session, and says he enjoys morning sessions because it doesn’t take away from time with his family. Certainly, with more than 250 people currently playing in his home county, there’s never a lack of folks to compete with in the sport that was invented near Seattle in 1965.

It’s been less than a year since he first heard of the pickleball through his parents, but no surprise, Arey has quickly achieved success much like his illustrious career as a pro angler that includes $1.5 Million in prize money.

In fact, he recently won the Livermush Classic co-ed team tournament organized by the Pickleball Association of Cleveland County at his local athletic club. For those of you who may not be familiar with livermush, it’s a famous regional food product made of pork in Arey’s home area of Western North Carolina that many folks compare to a sausage patty.

“I’m going to start carrying my rackets and pickleballs on the road with me in case there’s time to play at an Elite Series event, but I’m not real optimistic I’m going to get my roommates Scott Canterbury or Scott Martin to play with me,” he laughs.

Arey actually appeared limping badly on Martin’s highly watched YouTube series earlier this year as a result of a torn calf muscle sustained during pickleball, so dozens of fishing fans have since nicknamed him “Paw Paw” after watching the episode.

Maybe Martin and Canterbury won’t become pickleball players, but given Arey’s passion for the super popular sport, it’s a pretty good bet he’ll find some playing partners amid his travels on next year’s Bassmaster Elite Series that begins in mid-February down in warm and sunny South Florida at Lake Okeechobee.