Team Toyota pro Matt Arey hasn’t been around as long as the game of checkers, it’s been around 800 years. But Arey has definitely competed in enough bed fishing dominated multi-day pro events to know good outcomes hinge on having tons of beds located, followed by the strategic use of every dang one of them. 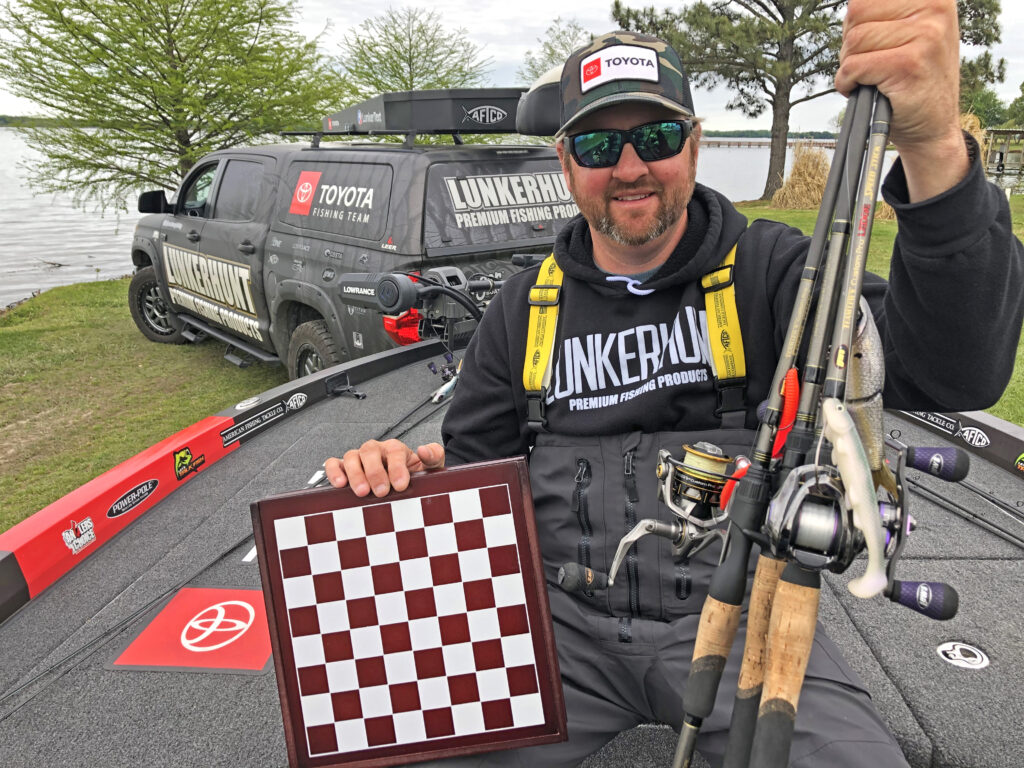 “You might win a 1-day tournament around the house by locating a handful of spawning beds, but here at Fork this week, if you want to get out of here with a Top 10, you’re probably going to need dozens waypointed,” emphasizes Arey.

Think about it, first off, everybody and their dog knows the vast majority of Fork’s largemouth are spawning or about to, so that automatically puts nearly every boat near the bank.

Then add the pressure applied by fishing guides and their clients on this immensely popular trophy bass lake, plus a weekend forecast for sunshine and temps in the 70s, and you’ve got the makings of a bed fishing beat down the next four days.

“I don’t want to over-hype this deal, but it’s not unreasonable to say a guy could catch a 15 to 18-pound limit of 3-pound males in one pocket here without ever catching the heavier females,” says Arey. “So, the biggest key is having enough beds located, and choosing which ones to fish at the right time.”

Considerations range from which beds are most obvious, hence having been cast to by other anglers a thousand times, as well as weather, realizing that Friday’s forecasted rain will make sight fishing a lot tougher – so you’d better have a few ‘easy ones’ in your back pocket to target that day.

“Sight fishing is like a game of checkers. Every move you make better be the right one if you expect to win,” concludes Arey.