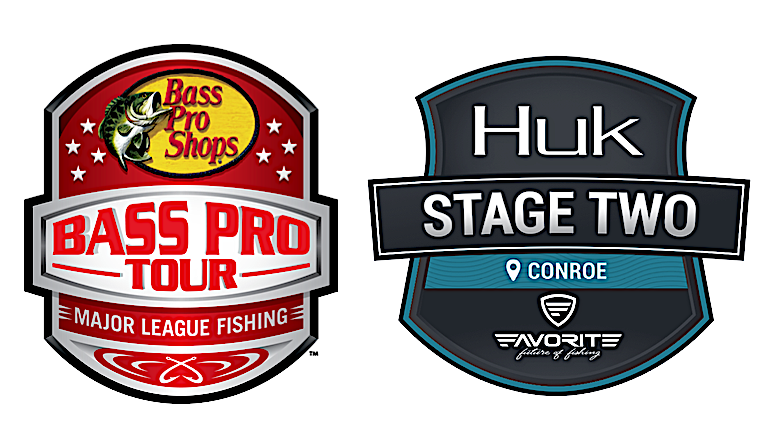 Daily Wrap-up
After each day of competition, the Bass Pro Tour Postgame Show presented by Berkley will be held at the Bass Pro Tour set, located at La Torretta Lake Resort & Spa, (600 La Torretta Blvd, Montgomery, TX 77356), Tuesday, Feb. 12, through Sunday, Feb. 17. The Postgame show begins at approximately 5 p.m. each day. Admission to the Postgame Show is free of charge. La Torretta will have food and beverages available for purchase.
Up-To-The-Minute Results
Unable to make it to Conroe for Stage Two? Do as over 1.2 million viewers that were not able to make it to Kissimmee did and log on to the all-new MajorLeagueFishing.com and click watch MLF NOW! for up-to-the-minute results. A web-based mobile technology used to score Major League Fishing pros in real time, SCORETRACKER™ is configured to work with your desktop computer, smart phones and other mobile devices.
Catch the Action
MLF NOW!’s live streaming broadcast of the Bass Pro Tour will feature 10 cameras/cameramen shooting on board competitor’s boats throughout all six rounds of each event. Each day’s on-the-water live stream will run five to five-and-a-half hours in a network gameday-like broadcast. Tune in by logging on to MajorLeagueFishing.com or by downloading the Major League Fishing app on your smart device.
Lake Conroe is a Big-Bass Mecca
Statistics from the Texas Park and Wildlife Division’s (TWPD) Toyota ShareLunker Program tell you all you need to know about the quality of largemouth swimming in Lake Conroe. Created in 1986, the program curates a list of trophy-sized fish caught and registered in Texas fisheries. Conroe has produced 17 fish over 13 pounds including the lake record, a 15.93-pound behemoth caught on a plastic worm and successfully released in 2009 by Ricky Bearden. The biggest largemouth even taken in TPWD electro-fishing surveys came from under a dock on Conroe, a 14 lbs., 1 oz. fish captured in 1998. “That lake just has good quality bass,” said MLF veteran Gary Klein, who lived on Conroe for three years in the 1990s. “It’s one of those spots where you can catch a 10 or a 12 on one cast, and the next bite will be a 4. They’re just good, healthy bass.”
How We Got Here
Major League Fishing invited 80 of the world’s best anglers to compete in the inaugural season of the Bass Pro Tour. The roster is comprised of Bassmaster Classic champions, FLW Forrest Wood Cup winners, Anglers of the Year and top tour performers from throughout the world of competitive bass fishing.
How it Works
The format for Major League Fishing Bass Pro Tour events will be similar to the General Tire World Championship events that aired on CBS in 2017 and 2018. The 80 anglers will be separated into two groups, 40 anglers in each. Tuesday, Feb. 12 and Wednesday, Feb. 13 are Shotgun Rounds 1 and 2, where 40 anglers (Group A and Group B) compete to catch the highest cumulative two-day weight each day. Thursday, Feb. 14 and Friday, Feb. 15 are Elimination Rounds 1 and 2 where 40 anglers (Group A and Group B) compete to catch the highest two-day cumulative weight. Anglers’ Shotgun Round weight is combined with the weight they catch in the Elimination Round. The top 20 anglers from each group advance to the Knockout Round. Saturday, Feb. 16 is the Knockout Round where 40 anglers (top 20 from each Elimination Round) compete. All anglers will begin the Knockout Round with zero weight. The Top-10 finishers advance to the Championship Round on Sunday, Feb. 17 when they will compete to catch the highest weight. All anglers will begin the Championship Round with zero weight. A camera in every boat will livestream the action from Championship Sunday on MajorLeagueFishing.com.
Homecoming
There are Lone Star anglers a’plenty in the field. The Lone Star State has long been associated with outstanding bass fishing, so it’s no surprise that several of the 80 anglers competing on the MLF Bass Pro Tour hail from Texas. The Texans you’ll see competing on Conroe include:
Don’t Count Us Out
Lake Conroe’s prolific reputation has made it an attractive venue for competitions, and the city of Conroe has hosted several major events in the past 10 years. The fishery has been very kind to several of the MLF Bass Pro Tour anglers who will be competing on it in 2019:
Deep in the Heart of Texas
Although Stage Two marks the first event for the Bass Pro Tour there, MLF is no stranger to the state of Texas, including the inaugural event in 2012.
Ride Along
Major League Fishing will offer boat rides that allow credentialed media access to cover the Bass Pro Tour Huk Stage Two presented by Favorite Fishing on the water. Rides must be scheduled in advance. Requests should be submitted to Media@MajorLeagueFishing.com.
New Leader in the Clubhouse
Phoenix boats will provide a Daily Leader award, paying $500 to the angler leading days 1-4 of each Stage.
Berkley Big Bass of the Day
The angler that catches the largest bass of the day will be awarded the Berkley Big Bass of the Day. The angler with the largest bass caught throughout the competition will win $1,000.
Host Hotel
Located one hour north of Houston, La Torretta Lake Resort & Spa is Texas charm & hospitality. Situated on the shores of Lake Conroe is a full-service resort and meeting designation offering accommodations, unique dining experiences, a full-service spa and championship golf course. Use code MLF19 for a special room rate.
About Major League Fishing
Founded in 2011, Major League Fishing (MLF) brings the high-intensity sport of competitive bass fishing into America’s living rooms on Outdoor Channel, World Fishing Network, CBS, CBS Sports Network, Discovery Channel, Sportsman Channel and on-demand on MyOutdoorTV (MOTV). The new Bass Pro Tour consists of eight events and a championship. MLF will also continue its popular Cup events and World Championship, all of which use the same entertaining and conservation-friendly catch, weigh and immediate-release format. For more information, visit www.majorleaguefishing.com and follow MLF on Twitter, Instagram and Facebook. Also, for more information about MLF anglers, see Game & Fish magazine, the official publication of MLF.