FOR IMMEDIATE RELEASE: July 11, 2020 (Sturgeon Bay, Wisc.) The Bass Pro Tour returned to Sturgeon Bay today for Day One of the Covercraft Stage Five presented by Abu Garcia Group B Qualifying Round bringing in a collective 1,765 pounds on 593 bass. Berkley Pro Keith Poche dominated the second and third Periods to finish the day in first place with 112 pounds, nine ounces. Alton Jones Jr. marched up the score tracker into second place after catching only one fish in the first four hours of competition.  Season Points leader Jordan Lee pivoted early to end up in third place. Mike Iaconelli led early in the day’s competition and returned to finish fourth. Group B is off tomorrow, Sunday; Group A returns for the second day of their Qualifying Round where one will win an automatic berth to Wednesday’s Championship Round and 20 anglers will be sent home. 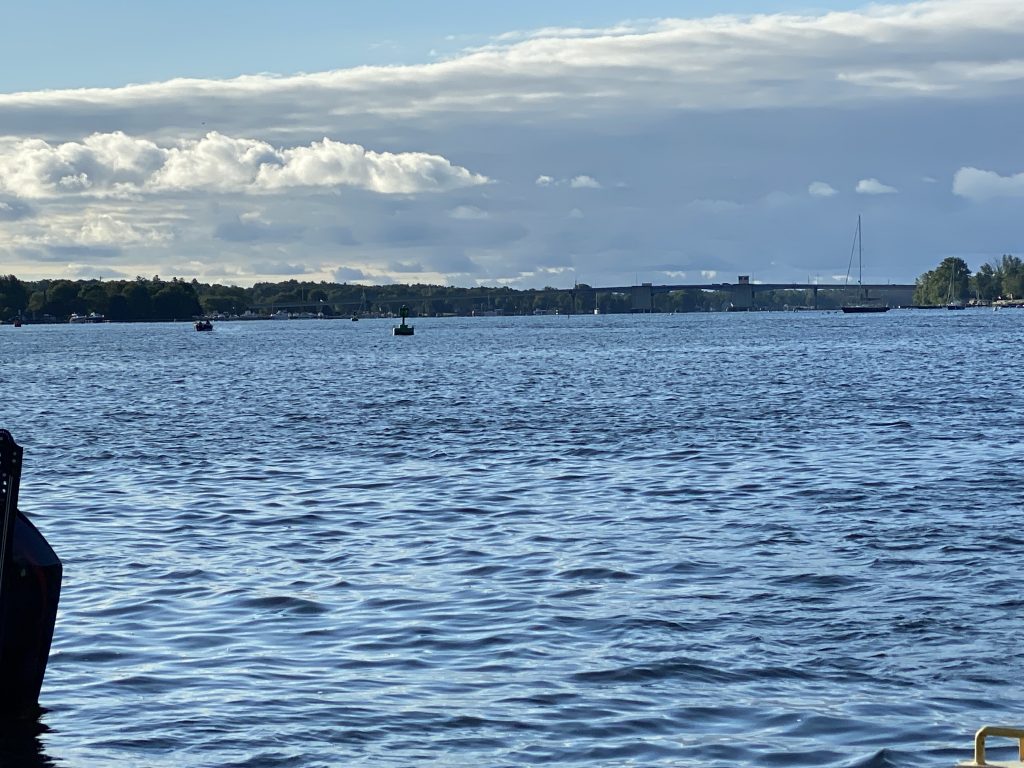 In this event hosted by Destination Sturgeon Bay, the field of 40 Pros secured two Bass Pro Tour records: the most scorable bass in one day and the most weight in one day. Collectively Group B caught 593 scorable (2 pounds or greater) bass, 40 more over Group A’s first-day count, for 1,765 pounds.

Louisiana-resident Keith Poche caught 51 pounds in the third Period alone to secure his 23-pound lead over second place and the fourth Pro of this tournament to cross the century mark (100+ pounds) in one day. After catching a modest six fish in Period one, Poche pivoted in Period two and never looked back, catching the most scorable bass for the day at 44 on a Berkley MaxScent flat worm.

“Today was one of those day’s you’re thankful to have had and thankful that it all worked out,” said Poche as the clock wound down to zero. “I ended up with over 100 pounds and the Berkley MaxScent flat worm has been the absolute deal for me. I found a group and it worked out today; what a day!”

A Louisiana-native and former college football player, Poche’s largest catch came in Period 2 with a four-pound, three-ounce smallmouth. Despite starting this event in 61st place in Season Points, today’s run could position Poche as a REDCREST qualifier (top 40) if he’s able to maintain his lead.

“I have a day off and hopefully will get back Monday and win the round,” Poche told fans during the General Tire Takeout show. “With a win (Monday) I’ll get into the top 10 Championship Round and a get chance to qualify for REDCREST 2021.”

Alton Jones Jr. ended the day in second place with 89 pounds, seven ounces despite a disappointing first Period. Jones Jr. worked through his waypoints on his Garmin to ultimately find a spot that had not been very productive in practice but a change in wind direction had pushed the fish in his direction. The Texas-native capitalized on it, catching an average of one fish every eight minutes to finish the day with 31 scorable bass.

“I don’t have a whole lot of history up here, but from the history I do have, the fish here move a lot. The wind currents make the fish up and vanish,” said Jones Jr. “I practiced with a south wind and had some good success; but the north wind made my spot a ghost town. I ended up in a place that I had caught a bass or two in practice but with the wind, the fish showed up by the hundreds. There’s a good chance I could go out on Monday and they will all be gone.”

Bass Pro Seasons Points leader Jordan Lee wasted no time in an unproductive spot at the start of the day and his move paid off as he climbed his way into third place with 71 pounds, 12 ounces. Currently 40 pounds, 13 ounces off Poche’s lead, Lee told fans that he is pleased with where he sits going into Monday’s final day of this round.

“I had a great day on the water today, drop-shotting this Berkley flat worm in green pumpkin,” said Lee. “The key for me was finding the bigger rock and milking a spot when I caught a fish. I’m looking forward to Monday; hoping for a good spot but I know (the fish) will move around.”

After an early lead, Mike Iaconelli finished in fourth with 67 pounds, nine ounces just ahead of Skeet Reese (67-03) and Bobby Lane (67-00). Adrian Avena, who finished in 12th place, landed the Berkley Big Bas of the Day with a five-pound, nine-ounce smallmouth as his first scorable bass of the day. Stephen Browning and Zack Birge straddle the elimination line in 20th and 21stplaces respectively. 64 pounds, seven ounces spreads the field from first to 20th place.

Group B will return to the water on Monday for the final day of their Qualifying Round. The winner of Group B will receive an automatic berth into Wednesday’s Championship Round and the bottom 20 will be eliminated based on their two-day total weight.

The Top Ten of Day One, Qualifying Group B finished as follows:

The competition continues Sunday when Group A returns to the water for the second day of their Qualifying Round, including Josh Bertrand, Fletcher Shryock, Aaron Martens, and current leader Justin Lucas. The winner of Group A will earn an automatic berth into Wednesday’s Championship Round and places 2-20 will advance into Tuesday’s Knockout Round.

Pending no weather delays, the day begins at Sawyer Park Boat Launch, Sturgeon Bay, Wisc., 6:15 a.m. CT when the field reports to pick-up their MLF Official and camera operators before trailering to the ramp of his choice. With lines in at 8:00 a.m. CT, the competition consists of three, 150-minute periods.

Fans can catch all the action every day of competition (July 10-15) on MLFNOW! livestream on MajorLeagueFishing.com or download the MLF App for your Apple or GooglePlay device or on MyOutdoorTV (MOTV).

The Bass Pro Tour began in 2019 and features 80 of the best professional anglers in the world, including Kevin VanDam, Edwin Evers, Aaron Martens, Mike Iaconelli, Jordan Lee, and Skeet Reese. Each stage includes six days of competition using the Major League Fishing, catch-weigh-and-immediately-release format, where every bass over a variable minimum weight, which is two pounds on Lake Fork for Stage Three, toward a cumulative weight total for the day.  Variable minimum weights are determined by fishery, akin to a golf course handicap. The field of 80 anglers is divided into two groups of 40 (Groups A and B) to compete on days one through four for the Qualifying Round. The winners of each Group earn an automatic berth the Championship Round. The anglers finishing in places 2-20 from each group in the Qualifying Round (40 total) advance to the Knockout Round on day five (Tuesday), which determines who will compete on that final day, the Championship Round (Wednesday), for the Stage title and $100,000.

In addition to the economic impact for the host community, Destination Sturgeon Bay / Door County, Major League Fishing showcases the region through their award-winning, live and linear programming. Each Stage of the Bass Pro Tour is broadcast live on the Major League Fishing app, MyOutdoorTV (MOTV), and majorleaguefishing.com, totaling more than 325 hours of original programming. Fans can follow the fast-paced nature of the MLF format as it unfolds on the live leaderboard through “SCORETRACKER® updates.”

Highlights from each Stage of the 2020 Bass Pro Tour air on Discovery Network beginning in July 2020 and Sportsman Channel in early 2021. Covercraft Stage Five presented by Abu Garcia will premiere as two, two-hour episodes on Discovery Channel October 3 and 4, 7 – 9 a.m. ET/PT.