SPRINGFIELD, Mo. – For Immediate Release – 4.19.21 – As part of its mission to celebrate those who have made major contributions to the sport, the Bass Fishing Hall of Fame Board of Directors has announced the induction class of 2021, which includes three deserving individuals – Gene Gilliland, Jason Lucas and Trip Weldon. The trio will be honored on Thursday, September 30 at Johnny Morris’ Wonders of Wildlife National Museum & Aquarium at a special reception within the Bass Fishing Hall of Fame venue, followed by the Hall’s annual dinner and induction activities. 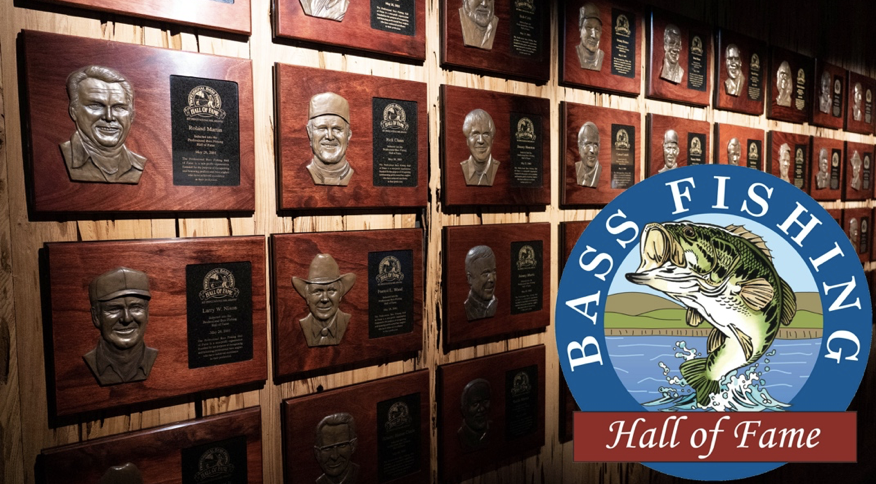 “On behalf of our entire Board, we’re thrilled that we’ll be able to honor Gene Gilliland and Trip Weldon in person, along with Jason Lucas posthumously, when the bass fishing world comes together to celebrate in Springfield this fall,” said BFHOF Board President John Mazurkiewicz. “Each of them has made lasting contributions to the sport and we’re excited to see them take their rightful place in the Hall of Fame.”

The three members of the 2021 class distinguished themselves in various facets of the sport – spanning conservation, media and tournament operations.

Gilliland is known for his extensive work in fisheries management and bass conservation efforts and continues that involvement as conservation director for B.A.S.S. He is a tireless advocate for bass fishing on numerous national boards and councils.

Lucas, the former fishing editor for Sports Afield, is considered one of the modern era’s ‘fathers of bass fishing.’ His book Lucas on Bass Fishing, published in 1947, was one of the first bass fishing how-to books and helped ignite the popularity of the sport. He later wrote about bass fishing for Sports Illustrated, providing the sport with meaningful exposure in the mainstream sports world. Lucas passed away in 1975.

While he enjoyed competing in bass tournaments, including top-5 finishes in Red Man All-American events, Weldon set the standard for tournament directors during his nearly 20 years presiding over B.A.S.S events. Known among professional bass anglers for his fairness and strict adherence to the rule book, he became one of the most respected tournament directors in the history of the sport. Weldon retired from B.A.S.S. in 2020.

In overseeing the induction process for the BFHOF Board, nominations committee chairman Todd Hammill said, “We appreciate the involvement of our past inductees and supporters of the Hall in nominating worthy individuals for this honor, and especially our 30-member selection panel for their transparent efforts in identifying the qualified nominees who deserve a place in the Hall.”

The annual Bass Fishing Hall of Fame induction banquet continues to be a must-attend event.  While the spotlight will shine on Gilliland, Lucas and Weldon, the Hall’s 2020 class, which included Steve Bowman, Bryan Kerchal, James Heddon, Ron Lindner and Jay Yelas, will also be recognized. Last year’s induction celebration was canceled due to the worldwide pandemic.

“We do thank all who supported our online auction last year that helped the Board function through the pandemic and with projects such as our conservation grants,” said BFHOF Board Vice President Tim Carini. “We look forward to September 30 in Springfield when the bass fishing world comes together to help us celebrate, promote and preserve our sport.”

Tickets to the induction dinner and information about the Hall of Fame and its mission are available at www.Bassfishinghof.com.

Gene Gilliland — During his 32-year career as a research biologist, fisheries management supervisor and Assistant Chief of Fisheries for the Oklahoma Department of Wildlife Conservation, Gilliland developed a national reputation as an advocate for angler involvement in fisheries decision-making. It earned him prestigious national awards from the American Fisheries Society and induction into its Fisheries Management Hall of Fame. Throughout his career, he was actively involved with B.A.S.S. Conservation and was a regular contributor on black bass biology and management for B.A.S.S. Times magazine and other fishing publications. He co-authored (with Dr. Hal Schramm) the booklet 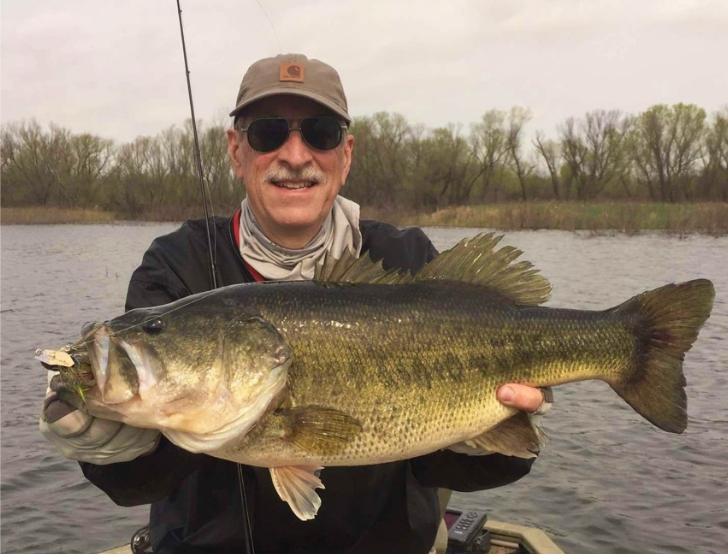 Jason Lucas — Born in Yorkshire, England in 1894, Lucas was instrumental in popularizing bass fishing through his writings for Sports Afield and later Sports Illustrated. Initially a fiction writer, Lucas wrote several western novels in the 1930s before he established himself as an authority on bass fishing at a time when trout were still considered the prized gamefish among anglers. His writings were based on experiences from spending countless days on the water. At one point, he claimed to have fished eight hours per day for 365 consecutive days. In 1947, he published Lucas on Bass Fishing, one of the first how-to books devoted to the pursuit of bass. It was later updated and reprinted twice, adding information about other freshwater species. In the book’s introduction, Ted Kesting, then the editorial director at Sports Afield, wrote, “When I first heard about a fisherman by the name of Jason Lucas, I put him down as another one of those piscatorial experts who are handier with conversation in a bar room than they are with a casting rod in a boat. … Then one day an associate of mine asked Lucas to write an article about bass. I read it and was amazed. This man really knew something about fishing.” Later, Kesting assigned Lucas a series of articles on his new angling techniques. The resulting reader response was overwhelmingly positive, and Lucas was then hired as the magazine’s angling editor, a position he held for more than 20 years. 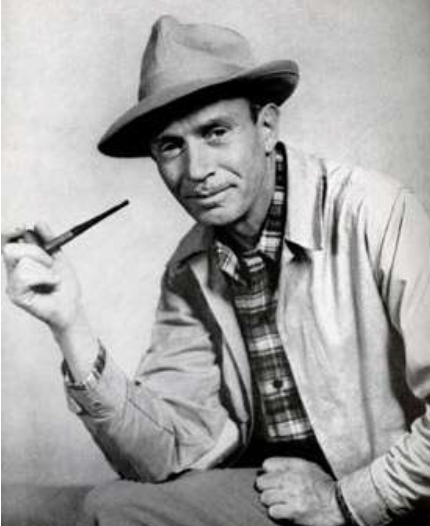 Trip Weldon — Weldon has become known as the standard for tournament directors. He has served as tournament director for B.A.S.S. since 2002 and worked within the tournament department at the organization since 1990. His appointment as tournament director in 2002 was welcomed by the competing anglers. At his first meeting with them, they gave him a standing ovation. During his tenure he presided over the first female and first college angler to compete in a Bassmaster Classic. He had a front row seat as anglers like Kevin VanDam rose to the forefront of the sport, but still rendered tough decisions based on the rules. He was integral to the creation of the Bassmaster Elite Series and helped steer the organization into the digital age of bass fishing tournaments. Innovations such as BassTrakk and the influx of information from blogs and social media created a new mix of issues within the tournament scene, but Weldon stayed on top of them, embracing them as a way to grow the sport. Weldon’s personal fishing accomplishments include two top-5 finishes in Red Man All-American events at Lake Havasu and the Arkansas River. He also won an EverStart on Lake Martin. 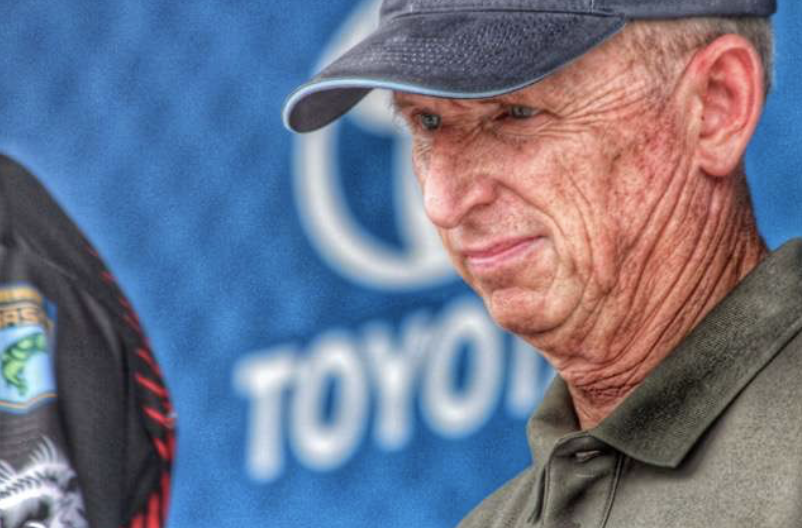 About the BFHOF — The Bass Fishing Hall of Fame is a nonprofit organization led by a volunteer board of directors and is dedicated to celebrating, promoting and preserving the sport of bass fishing. Since 2017, the Hall’s inductees and memorabilia representing the history of bass fishing is showcased in Johnny Morris’ Wonders of Wildlife National Museum and Aquarium in Springfield, Missouri, where it has rapidly become a popular destination.

For more information about the Hall, its mission, and to become a supporting member,