Palaniuk Won the Trophy, and Ehrler Won a Tundra

Palaniuk, who launched his pro career in part by saving money on hotel fees and sleeping in his Tundra, won the $100,000 first place prize, and Ehrler won a new Toyota Tundra for catching the biggest bass of the tournament. 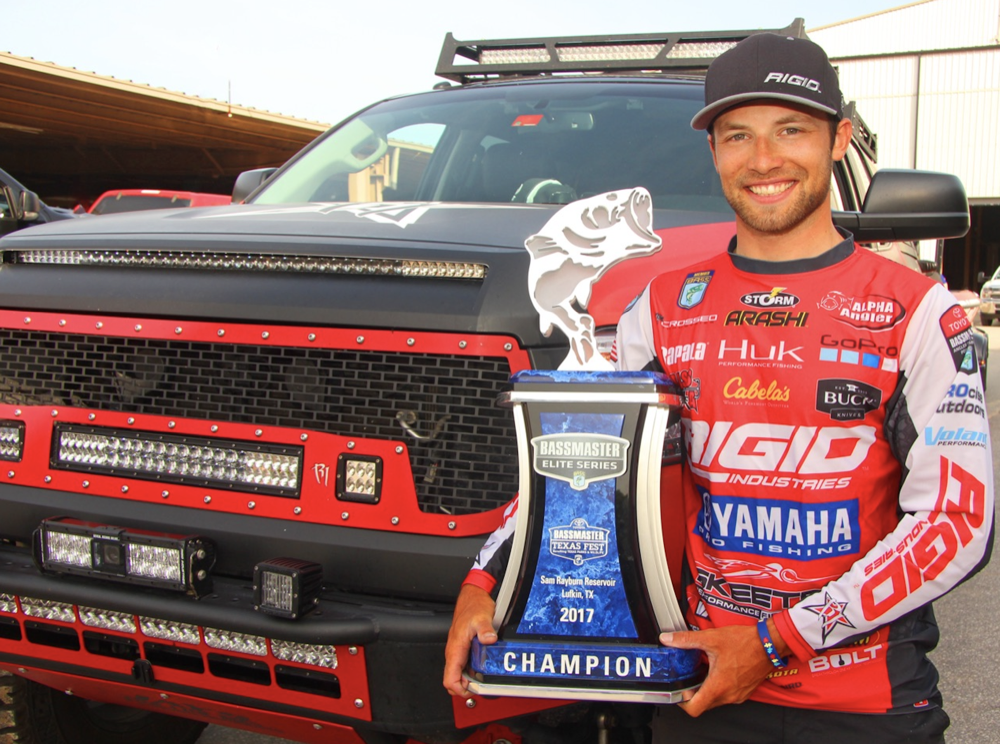 Remarkably, this is the second Tundra the Californian has hauled home from the event in two years. “The Tundra I won here in 2015 is sitting in my driveway, it’s a great truck, but since I can’t use two of them, I might sell one and buy a Tacoma, I think the Tacomas look awesome too,” says Ehrler

.Ehrler claimed the symbolic oversized cardboard key to his latest Tundra by catching a 9 pound 1 ounce beast on Day 1 of competition that stood throughout the four-day tournament. He actually watched as the bucketmouth engulfed his Lucky Craft Slender Pointer 127 on 14-pound line just a few feet from the boat. 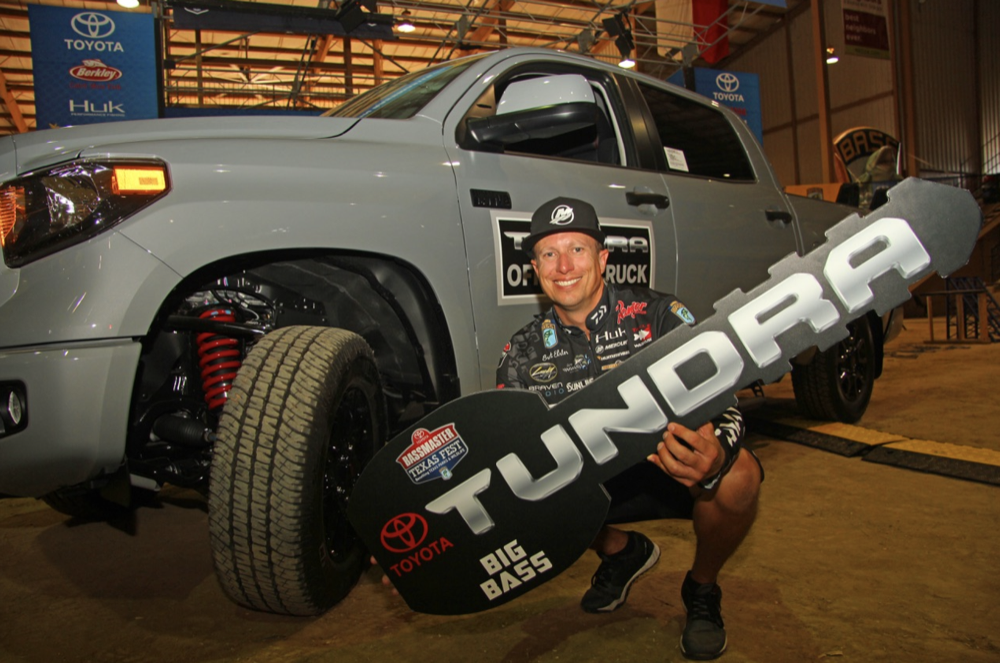 “I caught two 5-pounders, two 4-pounders, and that giant 9-pounder from the same exact spot this week,” says Ehrler.

No doubt, the Californian found a bass-filled East Texas geyser this week on Sam Rayburn Reservoir, but as for his Toyota collection, he’s sorta falling in love with a lot of them.“I love the looks of the Tacomas, and it’s easier to drive a smaller truck where we live in Newport Beach, but man that cement-colored Tundra over there is so cool too – I don’t know man, I love them both.”

Palaniuk and Ehrler – two great guys with a love of Toyota – and in Ehrler’s case, a decision to make on what to do with two of them.