Patrick Walters Wins it all on Watts Bar

Leading after both days one and two, Walters Finale Friday began with a 9-ounce lead and ended with a 2-pound, 5-ounce victory. With 15-pounds, 9-ounces on day three, he claims his first NPFL victory with a three-day total of 45-pounds, 9-ounces. 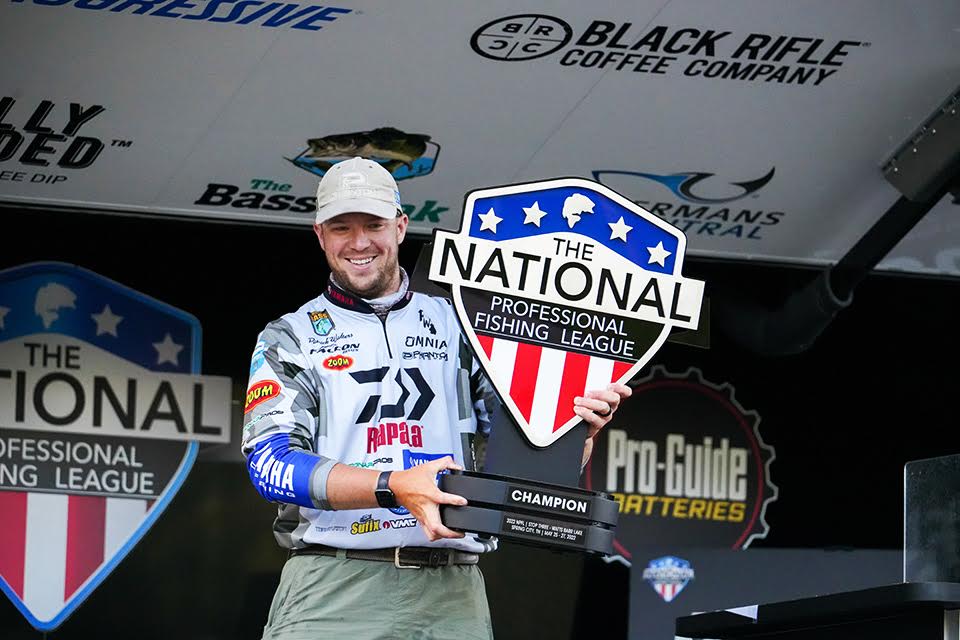 Walters fished a run and gun pattern this week on Watts Bar and averaged just over 15-pounds a day under tough conditions. With the sun shining once again on day three, Walters was able to take advantage of fish setting up how he needed them and caught fish in small flurries throughout the day. 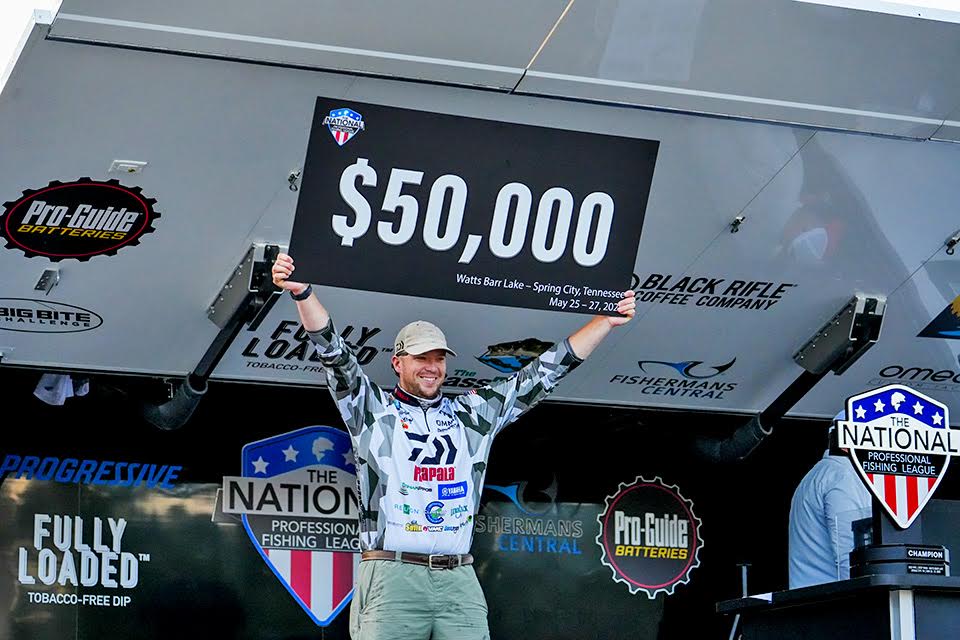 “I was fishing high percentage areas, brush and stumps, and I was running a ton of spots every day. Yesterday we had cloud and they were not set up correct and it was a tougher day. Today the sunshine came back out and it got them set up where I could catch them.”

While not fishing for the fish on live sonar, Walters was able to locate his high percentage targets with dialed in electronics set up and installed by Sonar Pros. He fished a big worm all week and rotated between two different Zoom Baits.

“I fished a Texas rig Zoom Magnum Trick Worm in plum color and a Zoom Ol’ Monster in redbug. I fished them on a heavy action 7’ 6” Daiwa Tatula Elite rod and used 17 or 20-pound Suffix fluorocarbon.

Sheldon Collings caught 14-pounds, 10-ounces on day three to finish the tournament in the 2nd place spot. With a three-day total of 43-pounds, 4-ounces, Collings worked a combination of shallow docks and offshore brush piles to catch his fish this week.

After a really slow morning, with only 9 or 10-pounds at 2 PM, Collings went to a stretch of docks and within 5 minutes did his damage for the day.

“I pulled in and literally first flip I caught a 5-pounder, the next flip was a 4-pounder, and then a few minutes after I got the 3-pounder. That was basically all my weight and I never caught a fish the rest of the day.”

Adding 14-pounds, 9-ounces on day three, Pug Clements fished a combination of a shad spawn bite and a swim jig around marina docks to finish the event in the 3rd place spot with a total weight of 41-pounds, 5-ounces.

Matt Massey caught the biggest bag of the tournament on day two, and added 12-pounds on the final day to finish the event in 4th place. He amassed a three-day total of 40-pounds, 7-ounces and worked a pattern that involved a bladed jig and transition areas to catch his fish this week.

“Today I focused more on the isolated patches of coontail grass. The area was in the back of a pocket and there was a little ditch that came out of the back – the fish were stacked around the grass.”

To get his bait through the area without getting hung, Massey relied on a Strike King Thunder Cricket in 3/8 ounce and paired it with a Strike King Range Grub trailer. He used several retrieves to keep the bait moving with an erratic action and that was key to getting those bigger bites.

“After a rough practice, I am thrilled with this finish. I located some fish but by no means did I expect a top five finish. I didn’t lose any fish and I executed this week and I absolutely cannot complain – it was a great week.”

Ryan Satterfield added 9-pounds, 14-ounces to his total to finish the event in the 5th place spot with a total weight of 39-pounds, 5-ounces. Satterfield worked a channel swing flat near a spawning area and was targeting isolated grass patches.

Rest of the Best: