Waking up to a vandalized truck, including a stolen catalytic converter, is about the last thing any angler wants to encounter on the road, but that’s exactly what Bassmaster Elite Series pro Brandon Lester experienced before day two of competition on the Sabine River last week. 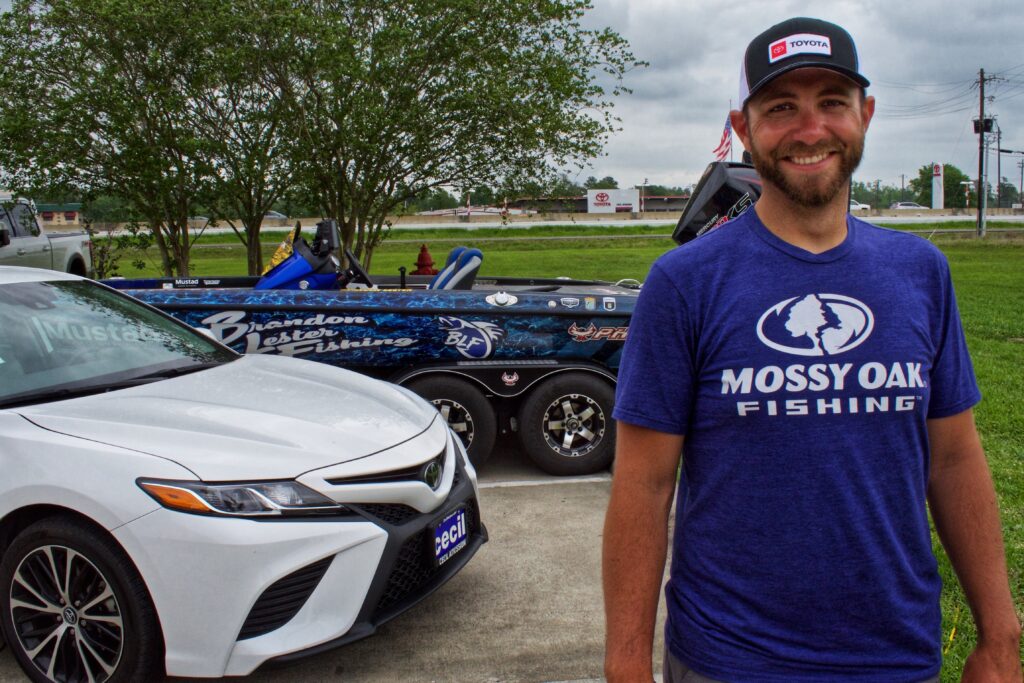 The felony offense of stealing catalytic converters is on the rise all throughout the country right now due to demands on precious metals. Lester, John Cox, and a few others that travel with the tournament crew can now say they’ve experienced this crime first hand.

Sadly, theft and the occasional run in with criminals is a very real part of traveling with expensive equipment. It’s something professional anglers must think about when booking lodging arrangements no matter where they are in the country. There is no sugar coating it… there are some bad people in this world and dealing with a situation like Lester was forced to is less than ideal to put it lightly.

Thankfully there are good people in this world, too. Just when it would have been easy for those affected to simmer in the bad, the good ones showed up to stand in contrast to the evil.

First Andy Stallings and the ever-reliable service crew came calling. They drove to the hotel and helped Lester get his boat to the launch on time so he could try to focus on making a top 50 cut. Once Lester was on the water, they drove back to the hotel and changed his damaged tire. The local police officers were extremely accommodating and quick on the scene to file reports and do their best to catch the criminals.

Then came phone calls and Facebook messages from Cecil Atkission Toyota, the local Toyota dealership here in Orange who went absolutely above and beyond for Lester and others affected by the thieves. The dealership is pictured in the photo above over Lester’s right shoulder.

Members of the service department were immediately on the phone helping to source parts to repair the damaged vehicles. The Service Manager, Daryl Tucker, offered a loner Toyota Camry to Lester so he could get around town while his truck was being worked on.

Brady Williams, the owner of a local muffler shop (AA Muffler) graciously opened the doors to his business over the weekend so he could lend a helping hand. The local host and the surrounding Sabine River community all sprang into action to help remedy the situation as quick as possible.

Williams and several employees of Cecil Atkission Toyota stayed late, opened early, and worked tirelessly to get everyone’s vehicles back on the road.

“It’d be easy for me to dwell on the negative but it’s hard not to feel thankful when so many people jumped in to help out,” Lester said. “What happened is a sad reality of traveling sometimes, but at the end of the day folks at the local Toyota dealership and many others pitched in and helped get me back on the road to see my girls as quickly as possible. For that I’m grateful.”

Bad things happen. It’s a fact of life and something we will all be affected by. Most times we can’t control the bad things that happen, but we can control how we respond to them. It’s not easy to stay positive when dealing with a tough situation, but being surrounded by people who are quick to offer support makes all the difference in the world. Always look for the good, even in the bad times.

Thank you to all the great people of Orange, Texas and the Sabine River community for showing up when Lester and others needed you.