Starting off with 26-pounds on day one and adding 20-pounds, 15-ounces on day two, Scott Siller seals his first NPFL victory on Lake Erie presented by Fishermans Central with 19-pounds, 9-ounces on the final day and a total weight of 66-pounds, 9-ounces.

“I caught a lot of fish today but it was tougher on me today as well. I was having a hard time with the wind and I could see them spook when the boat was crashing with SpotLock. I was waiting for the wind to die down and it just didn’t stop.” 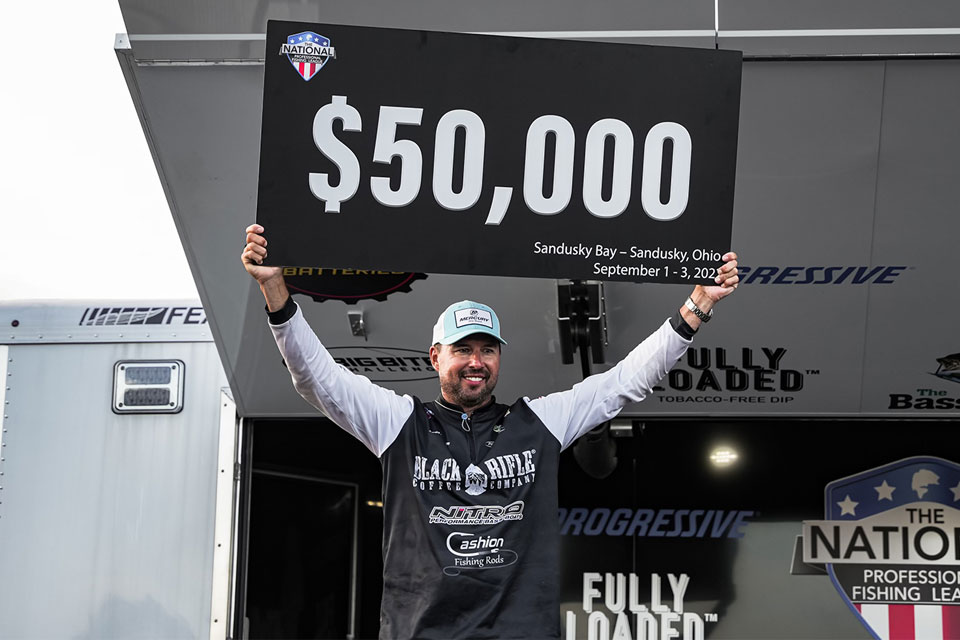 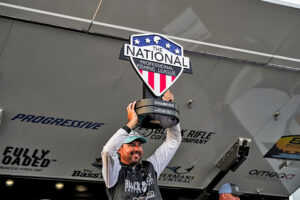 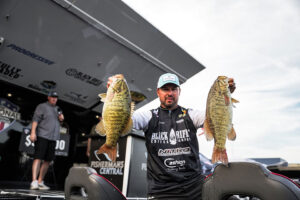 To catch his fish, Siller would pitch over above the fish and slowly drift his bait through the rocky areas without spooking the fish and could get bit. Making a last-minute push to try and upgrade, with not much time left in the day, he moved to a nearby rock pile and could see fish around it.

“I pulled over and could see them on the edges and they would not bite. I finally casted on top of it and caught my biggest fish. Without that, I wouldn’t have got it done. I don’t even know what to say,” added Siller.

After leading a Bassmaster Open at Lake Champlain for two days a few years back, the memories still are on the top of his mind.

“I was thinking about Champlain last night and thinking man, I can’t close one of these out. I had a chance up there and didn’t get it done. It haunted me last night and it feels really good to close one out and get that off my mind,” Siller added.

Siller had a list of sponsors and a special shout out for the people who support and encourage him every year.

“A big thanks to Black Rifle Coffee obviously, Cashion Rods and Mercury Marine. I also want to thank T.C. for everything

Taylor Watkins
Two-time NPFL champion Taylor Watkins finished in the 3rd place spot with a three-day total of 62-pounds, 13-ounces. Adding 23-pounds, 1-ounces on day three, Watkins worked an area over all three days to catch his fish and make a move up in the Progressive Angler of the Year race.

Before the tournament, he planned to sample Erie before possibly making the move to St. Clair on day two. Despite only four bass on day one, his two-day total of 39-pounds, 12-ounces was enough for him to commit to his area on Erie and for the most part, he had it to himself.

“I spent the whole event on that little area and this morning on angler moved in and caught a five pounder and a four pounder. Around noon another guy came in for a little while. I caught them the same way all three days and I couldn’t have done it without the clean install by Bass Boat Electronics.”

Without livescope, Watkins is sure he wouldn’t have caught half the fish he did, and he was casting a variety of baits around on a dropshot and moving around. A dead fish on the final day cost him some weight but overall, the Tennessee angler made a move in the Progressive AOY race with one event left in Florida.

Coming into the event, Collings knew what he needed to do and first thing on Sunday he caught a four pounder off a boulder and spent the rest of practice looking for similar things.

“I graphed around deeper than 30 foot and marked everything I found. I was fishing a Strike King Z2 on a dropshot and looking at them on Livescope,” said Collings. “I have never done good on smallmouth and to come here and do better than I thought and get a top five feels great.

Dan Blackert
Dan Blackert finished in the 5th place spot with a three-day total of 60-pounds, 4-ounces and added 20-pounds, 12-ounces on day three to wrap up a solid showing on his home waters.

“That second day with only four fish hurt me this week but overall, I had a great time. I want to thank Waikem Auto Family, AFTCO, Big Bite Baits and of course Fishermans Central.”

Trent Palmer
With his biggest bag of the week on day three, Trent Palmer added 20-pounds, 15-ounces to his weight to finish the event in the 6th place spot with a three-day total of 59-pounds, 3-ounces.