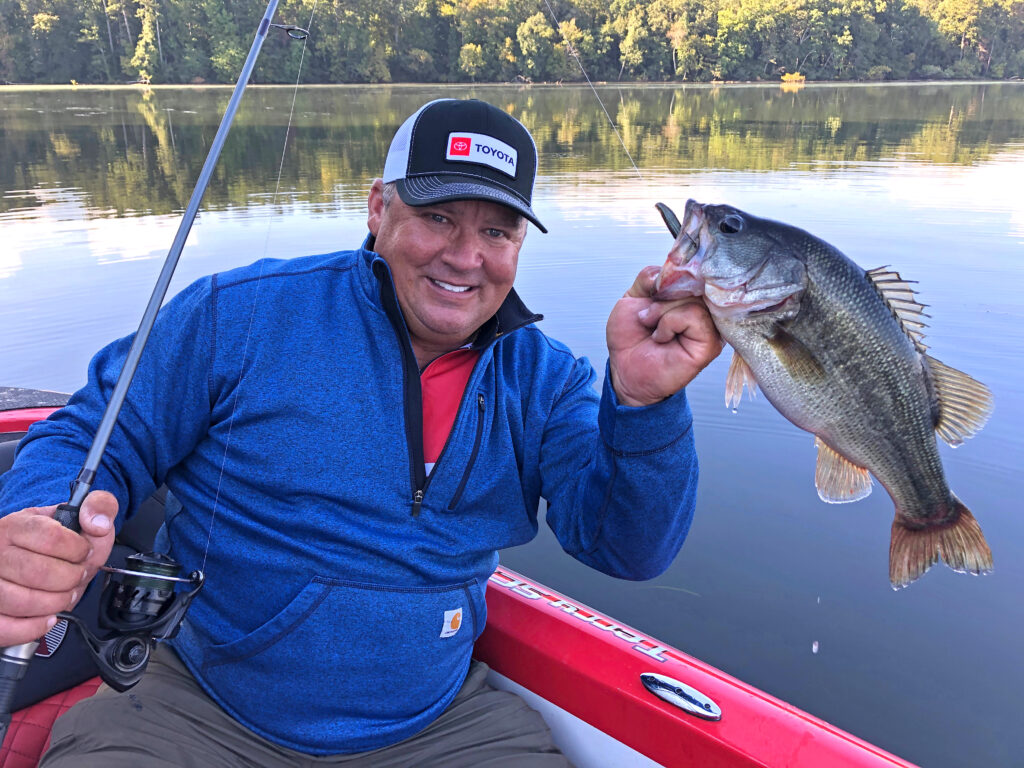 Both youngsters had dreams of fishing for a living, but it’s doubtful they imagined back in 1979 that Peter “T” would later create a unique finesse Carolina Rig that would put thousands of dollars in their pockets as pros.

Yes indeed, credit the “Petey Rig” for a portion of the $4 million dollars the two best buddies have won as pros, including Scroggins’ Bassmaster Open win at Lake Toho, and Thliveros’ victory at the 2007 Bassmaster Memorial at Onondaga Lake near Syracuse. 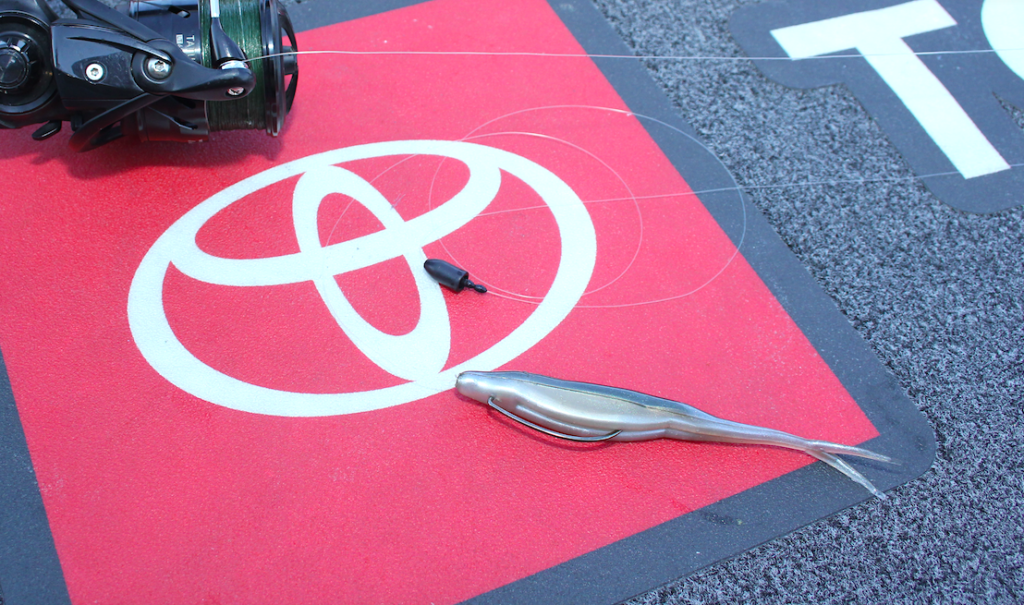 “Yup, I’ve known Pete for 42 years. And anytime you’re struggling to get a bite, that Petey Rig he came up with will save your butt,” insists Scroggins who also shares a love of cooking and grilling with Thliveros.

So, what exactly is a Petey Rig?

It’s sort of a finesse Carolina Rig without a glass bead or 2-way swivel. Scroggins throws it on spinning tackle. He first slides a 1/8 to 3/8-ounce worm weight on his line, then adds not one, but two bobber stoppers immediately behind.

He keeps about 18” of line between the bobber stoppers and the hook – to which he most often attaches either a 5” Zoom Super Fluke or a Big Show Kicker Tail worm. Of course, you can adjust the distance between your worm weight and the lure by simply sliding the bobber stoppers up or down your line.

The main line on Scroggins’ spinning reel is 10-pound braid, but he ties it to a 10-pound fluorocarbon leader.

Year round, and all three species – just Don’t fish it fast

“You’d think since we’re Florida boys this would be a warm water largemouth rig, but it’s not. It’ll catch smallmouth and spotted bass too. In fact, some of Pete and I’s best days with the Petey Rig have been up north around aquatic vegetation,” says Scroggins.

Scroggins says it really seems to shine in the fall of the year around vegetation, but he can’t emphasize enough that much like a shaky head or drop shot, the Petey Rig is an all seasons rig from north to south, hydrilla to rocks – anytime you need a bit of finesse to make ‘em bite.

But what about the grub, bub?

Thliveros worked as chef for years in the family restaurant when not on the road competing, and Scroggins has been featured in his own grilling blog series. Neither men ever lack for a healthy appetite. Scroggins says Pete can even cook a wild hog on a rotisserie that is “off the chain delicious.”

But when bass seem to lack an appetite you can bet both these veteran Florida pros will serve up a Petey Rig as the featured menu item.