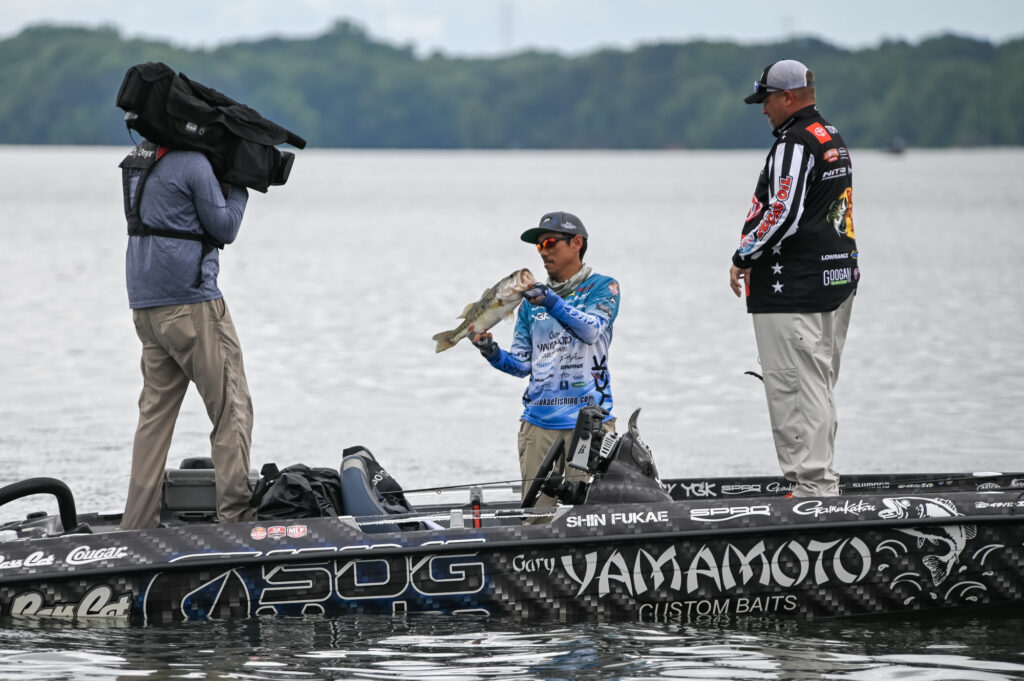 Fukae’s two-day total of 37 bass weighing 114 pounds, 2 ounces earned him the round win by a 20-pound, 12-ounce margin and advances him straight into Wednesday’s final-day Championship Round of competition. The six-day showcases 80 of the best bass anglers in the world competing for a purse of more than $805,000, with a top prize of $100,000 going to the winner.

The remaining 38 anglers – 19 from Group A and 19 from Group B – will now compete Tuesday in the Knockout Round, where weights are zeroed, and the anglers compete to finish in the top eight to advance to Championship Wednesday. Wednesday’s Championship Round will feature Group A winner Jason Lambert, Group B winner Fukae, and the top eight anglers from the Knockout Round competing in a final-day shootout for the top prize of $100,000.

“It was a little bit hard to catch (them) the first day, and I had no idea where I was going to start today,” Fukae said. “I chose this area in the morning, and that was the super-right decision for me. I caught 79 pounds and finally made a Championship Round. I am so happy for that and I am ready to go right now.”

Fukae has battled through plenty of adversity this week, not only on the water but off of it as well. His father-in-law passed away just a few days ago in Japan, and his wife Miyu, who has been by Shin’s side since he first came to the United States in 2004, is back in Japan mourning with her family.

“Thank you so much to my wife, for letting me fish,” an emotional Fukae said in his post-game interview. “She has been in a super-tough situation the last two or three days. I want to try to help her, but she told me to just concentrate on fish and don’t think about other things. But, of course, I can not do that. I worry a lot. I talked to her yesterday. She is so strong. My father-in-law helped me from the sky, today, and I thank him so much.”

According to the SCORETRACKER® leaderboard, the Japanese pro caught his fish on two main baits Monday – a Ned Rig and a soft-body swimbait. However, Fukae credited his Lowrance units as being the main reason that he had so much success, Monday.

“The most important thing for me, today, was my Lowrance ActiveTarget,” Fukae said. “I can see where the fish come from, what depths the fish are at, and that was the key to me making the Championship Round.

“I also used Shimano rods and Shimano reels, and YGK fishing line, the most famous braided line in the world,” Fukae went on to say. “I used their sinking braided line, which was very helpful because the wind was blowing hard and it made the line really drift a lot. So, the sinking line really helped me today.”

The top 20 pros in Qualifying Group B that now advance to Tuesday’s Knockout Round on Lake Chickamauga are: