Sumrall Feeling at Home on Sabine

Before Caleb Sumrall ever weighed a solid five fish limit on day one of the Dovetail Games Bassmaster Elite at the Sabine River, it was easy to see the Carhartt pro was feeling right at home. 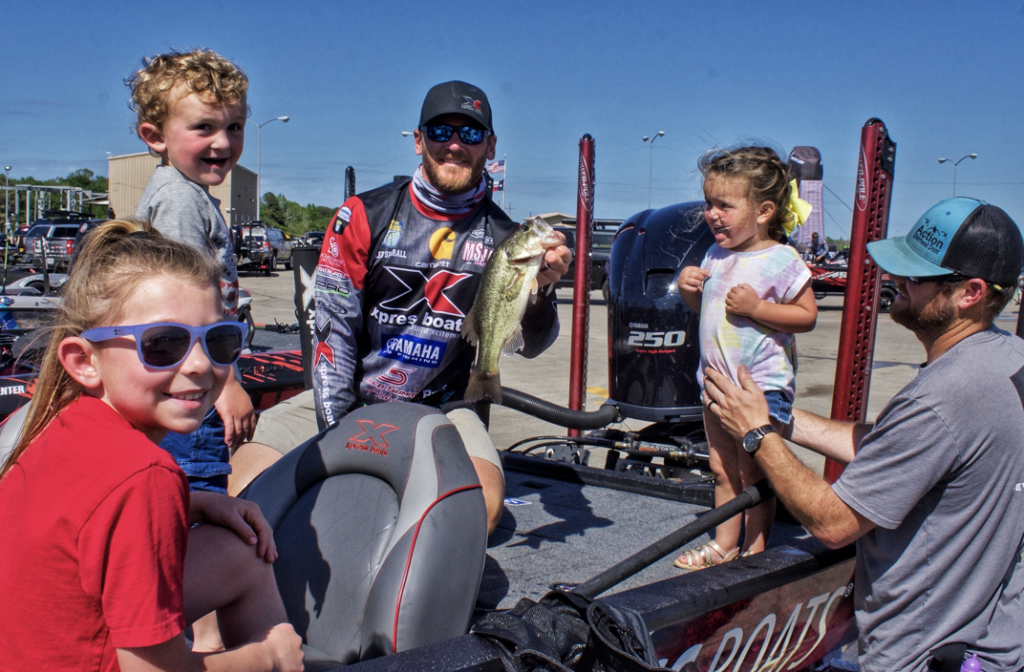 Sumrall likes the way this fishery sets up, but most importantly he has his family here in Orange, Texas this week. Having his wife Jacie, their daughter Clelie, and son Axel in town has provided a sense a peace far more critical than any particular fishing detail.

“My family is always my support crew when I’m at these tournaments, but it’s not too often I get to have them here,” Sumrall said with a smile. “Knowing I get to see their faces at weigh-in and can give them a hug at the end of the day makes all the difference in the world.”

Sumrall lives just two short hours from this notorious river system and while he didn’t finish where he would have liked to on his first trip here in 2018, he left knowing he could improve on his result.

“In 2018 I learned I can attack this place exactly like I fish at home on the Atchafalaya Basin,” Sumrall explained. “I’ll talk more specifically about how I’m catching my fish tomorrow, but it’s straight up shallow water power fishing. I haven’t even been putting my electronics on the front deck of my boat this week. I’m committed to skinny water and I love it!”

Much like many of his fellow competitors, Sumrall is making a relatively long 45-mile run in his Yamaha powered Xpress Boat to his primary area each day and is fishing around several other anglers. The lighter aluminum boat coupled with his Yamaha Outboard’s performance in super shallow water is something Sumrall believes gives him an edge over his peers.

Sumrall is able to access harder to reach places where some other anglers simply can’t get. When every single keeper bite is crucial like on the Sabine River, small subtleties and details are magnified. Sumrall is wisely leaning into the advantages his equipment provides for this tournament.

Another important factor Sumrall has on his side this week is momentum. Sumrall is coming off back-to-back top 20 finishes on the Tennessee River and Pickwick Lake. He is fishing well and feeling extremely good mentally and physically; all important pieces of the puzzle that play into professional anglers’ performance on the water.

The 2017 B.A.S.S. Nation Champion finished day one tied for 17th place and hopes to bring another solid five fish limit to the scales to give his family and support crew something to cheer about. But at the end of the day, he knows the people around his boat are far more important than the fish in his livewell.