If you follow Caleb Sumrall on social media, you know the Southern Louisiana pro isn’t afraid of a long run. He jogs 10 to 15 miles a week, and at one point ran 48 miles in a 48-hour period. 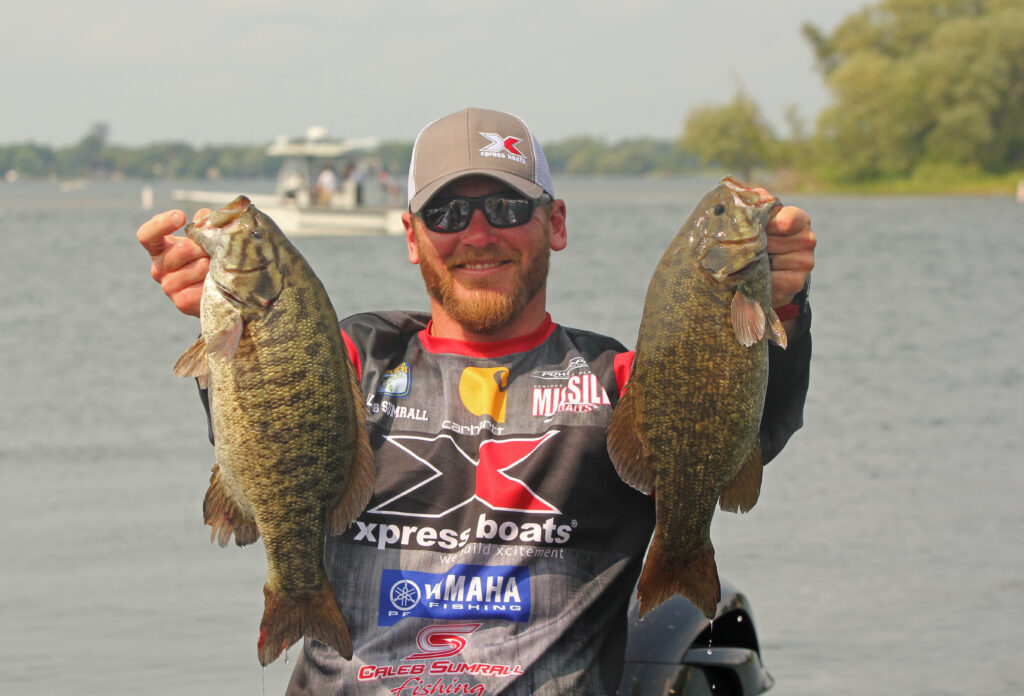 Thursday during Day 1 of the Farmer’s Insurance Bassmaster Elite on the St. Lawrence River, Sumrall made the longest run on water of his pro career – as he headed 1 hour and 27 minutes west down the St. Lawrence, darn near to Lake Ontario.

It paid off big time with a 22-pound limit. Strong enough for 4th place, just behind Bernie Schultz and the Johnston Brothers.

“That’s by far the furthest I’ve ever run my 21-foot Xpress aluminum. It and my Yamaha didn’t let me down. I’m real proud of that, and I’m also proud of my decision making this year. I’ve grown way more confident and calmer about what I’m doing each day,” reflects the Carhartt pro.

Ironically, just one year ago, Sumrall shared his thoughts in a story we worked on together detailing what a tough learning curve smallmouth had thrown his pro career. Obviously, he’s overcome it nicely, and is now hitting his share of home runs “up north.”

“I never stopped trying to learn. I’d come north a week early before practice started for a smallmouth dominated Elite Series event, and fish on similar waters near the upcoming event to learn as much as I could, and get dialed-in,” he says.

Asked if his buddies, Elite Series smallmouth gurus, Chris and Cory Johnston have tutored him any, Sumrall grinned and said every now and then they’ll offer a hot tip.

Still, much of Sumrall’s newfound smallmouth success is truly self-taught. And that’s always better in the long run.