Swindles Are Leaning on Church

Given the massive number of miles he planned to pilot his Triton, there’s a good chance that by the time you’re reading this, Gerald Swindle will have just arrived at his first fishing spot Sunday morning at the Bassmaster Elite Series tournament on Kentucky Lake.

“We’re fixin’ to put a little Church on and make about a 1-hour run,” said Swindle under a gorgeous but foggy sunrise, as he pushed earphones in, and the throttle down. 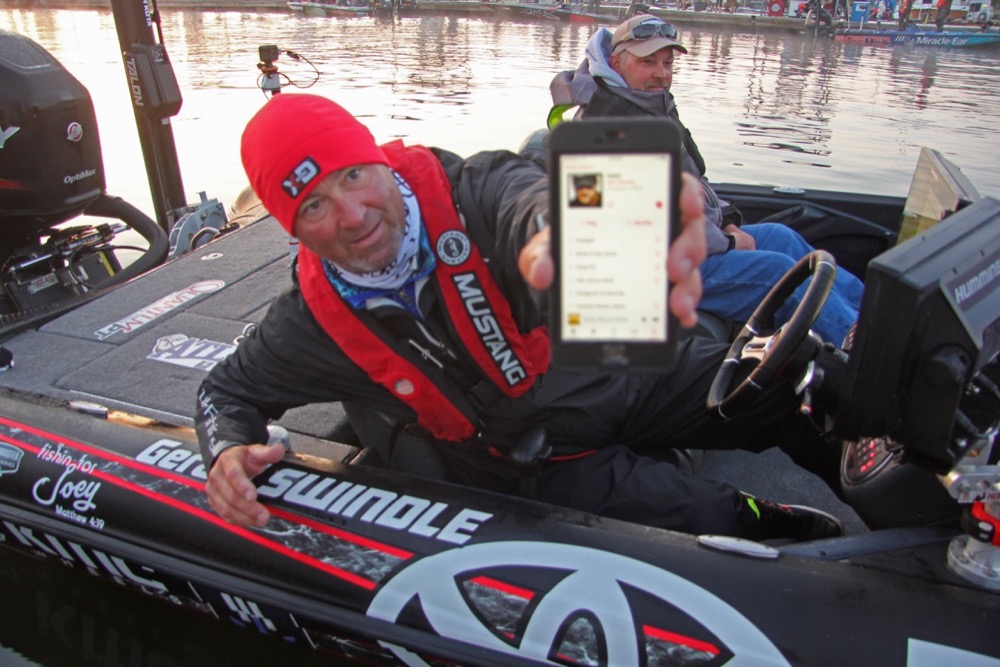 However, the Church he was referring to didn’t involve a preacher’s sermon on this particular Sunday, but instead the music of one of his all-time favorite artists, Eric Church as he made the mega-long haul down the Tennessee River.

Most fans know Swindle for his world-class humor and two Toyota Bassmaster Angler of the Year titles, but many may not realize his love of music and meaningful lyrics. “We’re fixin’ to do some “Creepin’,” said Swindle in reference to Eric Church’s 2012 hit single by that title.

Meanwhile, 60 miles away from where Swindle is slinging crankbaits from a Quantum reel this morning, his best friend and bride, “Lulu” is taking in church on her laptop, saying lots of prayers, and cleaning-up the couples 5th wheel RV, partly to find peace, and partly to keep her mind off a very trying time with their sweet old dog, Myrick.

The couple’s 12-year-old Weimaraner has traveled the Elite Series for a dozen years, but is of poor health, and has had a very tough week here at Kentucky Lake. Understandably, Myrick’s struggles have led to a deeply emotional tournament for Gerald and LeAnn. 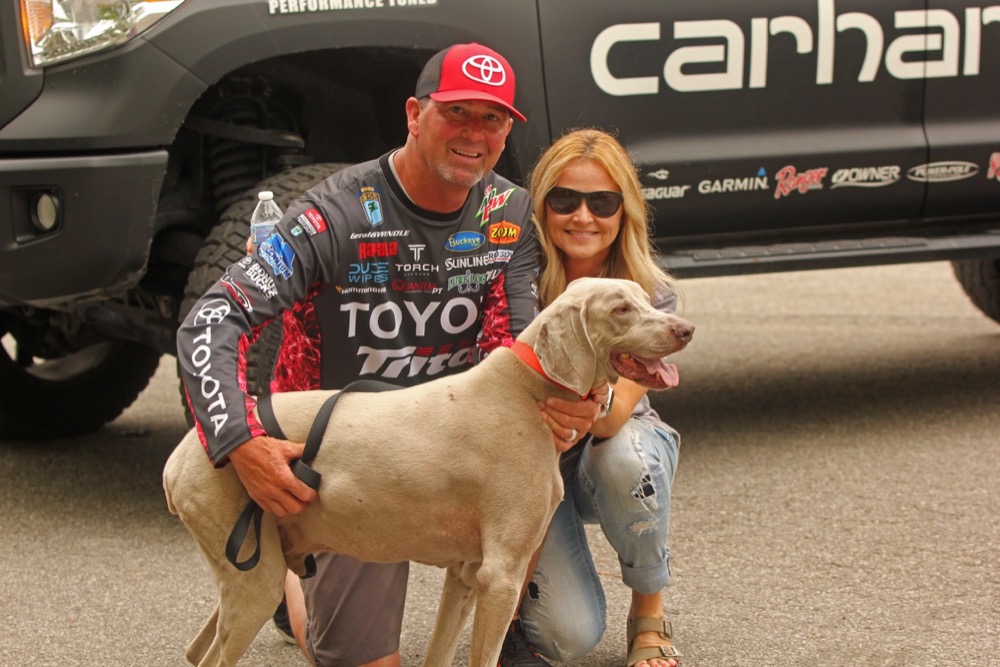 “People say pro anglers aren’t athletes, but I’ll promise you the willpower and focus that Gerald is showing this week is every bit as much as a top athlete,” says LeAnn. “He didn’t get as many bites yesterday, and I know that allows his mind to wonder and think about Myrick, so I’m hoping he gets a lot of bites today.”

Whether from a sermon on her laptop in the 5th wheel, or lyrics in his ears along a very lengthily boat ride, all who know and love the Swindles are praying this particular Sunday grants them plenty of bites, and a whole lot of peace.