Gerald Swindle had plenty on his mind last night as he made a few final tweaks to his tackle in anticipation for the Guaranteed Rate Bassmaster Elite on Lake Chickamauga to begin. 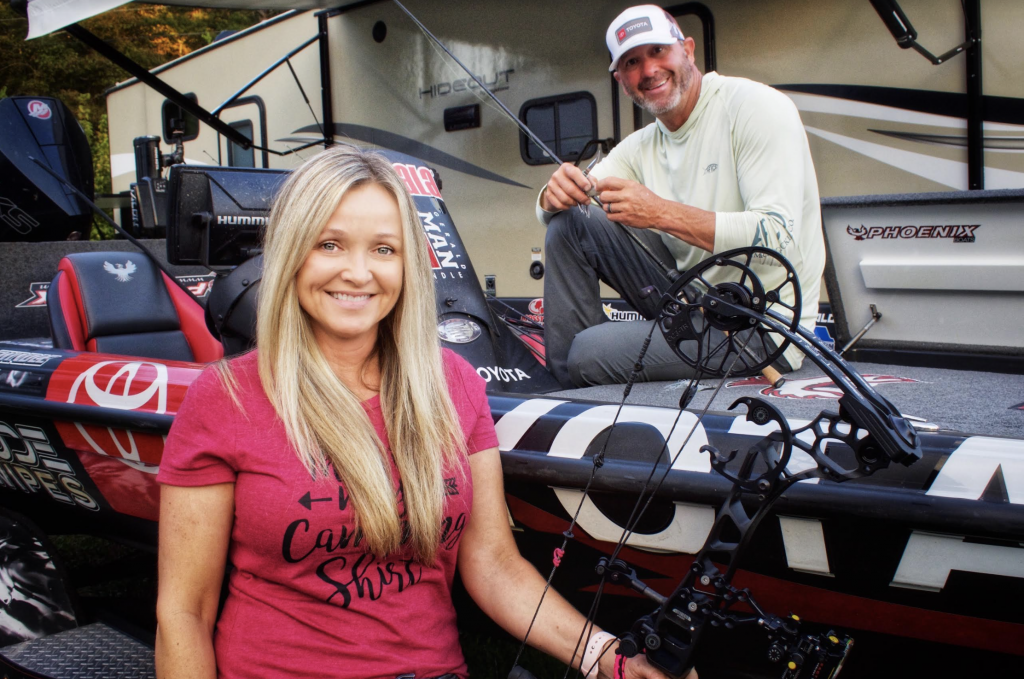 The Team Toyota fan favorite finds himself a few AOY points outside of the Bassmaster Classic cutline with only eight competition days left in the 2020 season. While Swindle desperately wants to qualify for his 19th appearance in the Super Bowl of bass fishing, he felt a sense of peace leading into Chickamauga.

“I think I’ve thought my stress bone dry,” Swindle joked. “It’s hard to feel super stressed about the Classic when it’s been so tough to get a bite. We hit the fall transitional funk just right with these last three events, and man, they start to wear on you.”

Swindle and the rest of the Elite field gave reports of an extremely fickle Lake Chickamauga throughout practice, which came as a bit of a surprise.  This legendary Tennessee River fishery is undoubtedly full of big bass, but for whatever reason they don’t seem to be biting right now.

“I don’t mind grinding, I really don’t, but I like to catch fish too,” Swindle offered. “There hasn’t been a whole lot of fish catchin’ for me this week. But I’m keeping my PMA (positive mental attitude) because tough tournaments are the easiest ones to win.”

This time of year Swindle usually spends his time 20-feet off the ground chasing whitetails, but this October finds him covering miles in his Tundra and Phoenix Boat trying to claw his way into the Classic cut.

While Gerald hasn’t had much time for his mind to wander during the back-to-back-to-back events, his faithful wife LeAnn (LuLu) isn’t afraid to admit she’s had bow hunting on the brain. In fact, LuLu packed her bow, arrows, and a foam target with her for this Chickamauga event.

“Alabama’s archery opener was yesterday and I’d be lying if I said I wasn’t ready for our yearly escape to the whitetail woods,” LuLu said with a smile.

You see, on top of being his loyal wife and biggest supporter, LuLu takes care of Gerald when he’s competing in tournaments. She brews Black Rifle Coffee and backs him down the ramp in the morning. She handles any sponsor relations during the day, picks him up at sunset, and ensures G’s got a warm meal when he gets off the water.

While Gerald might be the one of the stage, they are a team.

The Alabama lovebirds handle hunting season as a two-person team the same way they approach fishing, except both of them get to participate in the woods. It’s something they look forward to all year long.

“Bow hunting is when I pay back all my ‘work debt’,” Swindle laughed. “I’ll hang her tree stands, wake up first and make her coffee, take care of some of the things she’s usually covering for me. Lord knows she’s earned it.”

The Swindles’ would love to be deer hunting this weekend, but don’t let that fool you to believing they aren’t thinking of the task at hand. They are laser focused on fishing, using archery season as a payoff once they get through the final push of tournament season.

“At the end of the day we’re grateful to be fishing and making up our entire schedule of events,” both Swindles said in unison.

“The B.A.S.S. Tournament Staff did a heck of a job to ensure we got our full season in,” Gerald said. “So for now we’re happy to not be hunting… but after Toyota Texas Fest on Lake Fork those deer are in trouble!”