There are few things on earth that conjure excitement like the first cast on tournament morning for Kevin VanDam but opening day of Michigan’s whitetail deer rifle season is certainly one of them. Since his twin boys Jackson and Nicholas have been old enough to hunt, they have shared the woods with KVD on this sacred day, making cherished memories and enjoying the fellowship together. 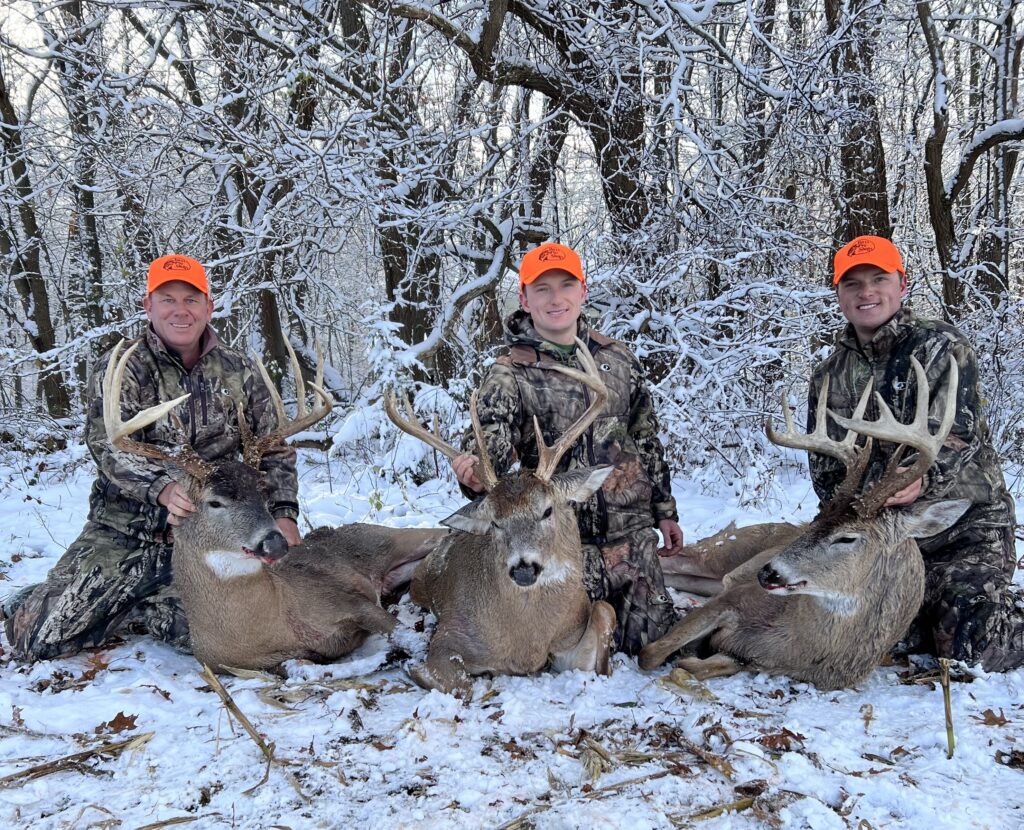 The three VanDam men made a memory that will be tough to top this year on November 15th, when the three of them scored on a trio of mature bucks that KVD and his surrounding neighbors have been after for years. The groundwork for this year’s opening day success has been more than a decade in the making and will be something they remember for the rest of their lives.

“It was truly the kind of day dreams are made of,” VanDam reflected. “Whether we fill our tags or not, opening day in Michigan embodies so much of what we love about the outdoors. It’s tradition, it’s laughs around the grill the night before, it’s patience in the field and putting in the effort during the off season to give everyone in deer camp the best possible chance. This year was a fairytale and the culmination of work we’ve put in since I bought the property 18 years ago. It was magic.”

Like many professional anglers, VanDam has long spent his tournament off-season chasing whitetails in the fall. There is a kinship between the two pursuits that is difficult to describe but absolutely exists. Take a look at your favorite bass anglers’ social media pages in the fall and winter; there is a strong chance their posts revolve around hunting.

In the same way he approaches tournament fishing, KVD works tirelessly to “control the controllable” variables in hunting. He spends as much time as his schedule allows managing habitat on his property. Planting Biologic food plots, performing timber harvests and hinge cuts, looking for shed antlers, running trail cams, planting trees in predetermined areas, hanging tree stands and re-thinking access routes to and from these locations.

If his Tundra doesn’t have his Nitro boat hooked up to the hitch, it’s likely loaded down with hunting equipment. When the season rolls around each October VanDam spends time talking to his neighbors, pouring over aerial maps, and studying the Drury’s DeerCast app.

“It’s an obsession – that’s no doubt,” VanDam said. “Over the years it’s truly been special to watch the work we’ve put in make a positive impact. But it’s about more than deer, the habitat management benefits everything from songbirds, to turkeys, to squirrels. Watching my boy’s evolution as gamekeepers has been equally as special. The past five or six years everything has really been coming together from in our neighborhood, and that’s largely in part to the work and ethics many of the surrounding properties share, too.” 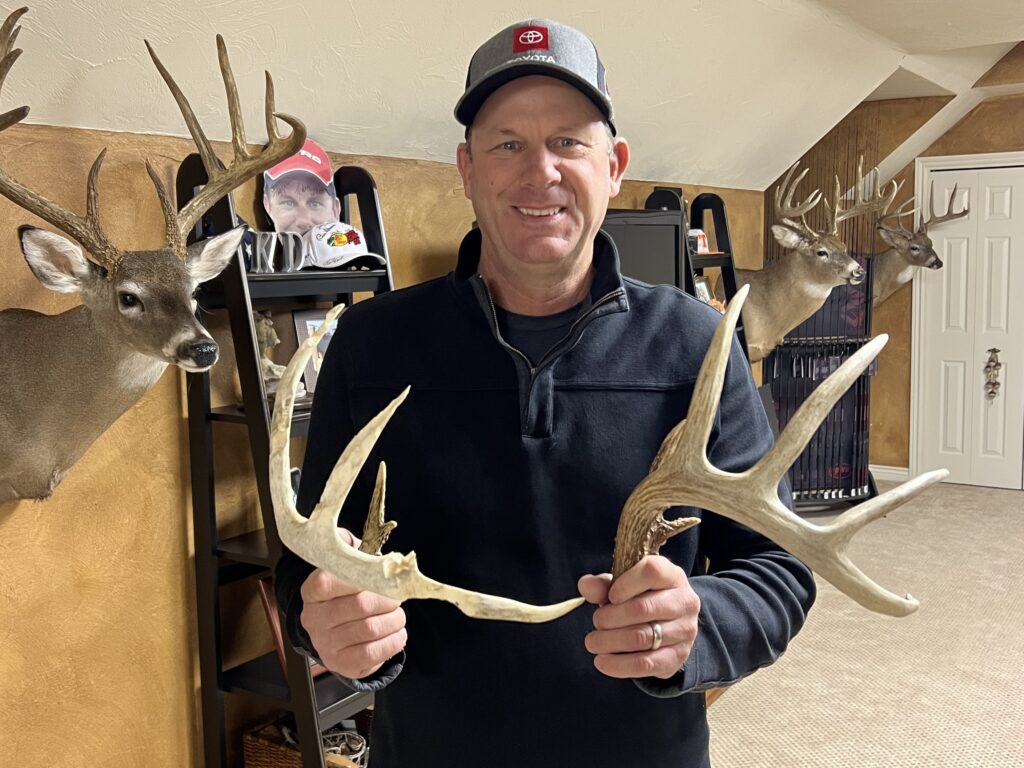 While the VanDam’s were treated to a picture-perfect day on the rifle opener and enjoyed the fruits of their labor, this deer season has had its share of ups and downs for KVD leading up to their magical morning. VanDam had his eyes set on a different mature buck throughout the first six weeks of archery season. This deer was super unique, with drop tines coming off both main beams, a true once-in-a-lifetime Michigan buck according to KVD.

After numerous sightings and several close calls, one of their neighbors ended up harvesting that buck just a day after KVD had the deer at 40-yards, but he offered no shot. While he would have loved to taken that deer, VanDam was thrilled for his neighbor.

He didn’t know it at the time but missing the opportunity at his target buck allowed for the incredible opening morning he experienced with his two boys and family at his side. Big antlers and wall-hanger type trophies are cool, but memories made with friends and loved ones are the real reason for the season.

Get all of your fall tackle here.