On the eve of Thanksgiving, Mike Iaconelli will be the first to tell you he’s got a lot to be thankful for. Including a super supportive wife in Becky, four healthy kids, and a list of professional bass fishing achievements he only dreamed of as a teenager. Plus, a recent epic fishing trip to Venice, Louisiana with three of his lifetime best friends. 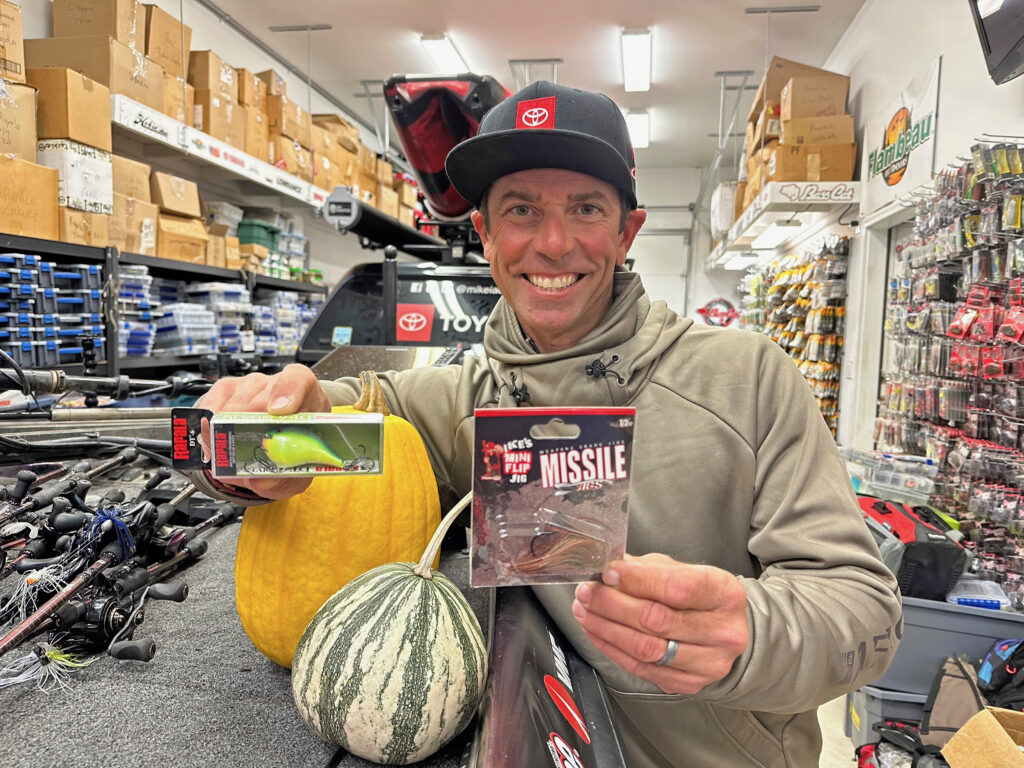 Venice, you probably recall, is where “Ike” won the 2003 Bassmaster Classic. In the final seven minutes of that event, he caught a life-changing largemouth from a pond in the massive labyrinth of the Louisiana Delta and screamed the now iconic “Never Give Up!”

“We met some great local ‘bass heads’ last week who took us to see the pond where I won the Classic 19 years ago. But man, the hurricanes have changed the Delta waters so much since I won. The actual pond is not even visible anymore. It was amazing,” reflects Ike.

By no means did the trip disappoint, however. Ike and his three buddies, Brian, John and Tom, caught enough speckled trout on the first day to feed themselves throughout the week. Interestingly, it was Tom’s dad who gave Ike his first Bassmaster Magazine 40 years ago that fostered so many of his future dreams.

Plus, they caught 100 largemouth pitching baits into roseau cane the second day, and boated 30 giant bull redfish to round-out the incredible getaway.

“All we needed was us and the fish. And that’s exactly what we had. It’s a trip with three of my all-time best friends that I’ll treasure forever,” he says.

Ike uses the term ‘bass head’ a lot. It’s a term of endearment he uses to describe folks like he and his buddies who are absolutely obsessed with all things bass fishing. So, what two lures would the polarizing personality of a bass head from suburban Philadelphia say are the two he’s most thankful for throughout his highly decorated 20+ years as a pro?

“Obviously, a lot of fans will probably guess I’d pick the soft plastics I won the Classic on. But honestly, it’s still tough to describe how much winning the 2006 Angler of the Year title means to me, and the highlight of that season was winning at Guntersville. So, I have to choose a chartreuse blue Rapala DT 6 like the one I used at Guntersville as one of the two lures I’m most thankful for,” says Iaconelli.

While that particular event was largely a bed fishing bash, Iaconelli knew fish were quickly migrating away from their spawning grounds to the first available deeper weedlines as the event progressed. So, the Rapala DT 6 proved perfect for spurring bites when he’d rip it free from the inside edge of the grass beds.

Ike’s other choice for his two most treasured lures is the compact ½-ounce Mini Flip jig he helped design for Missile Baits and used to win in front of his hometown crowd on the stingy Delaware River at the 2014 Bassmaster Elite.

“That win brought everything in my life full circle! To win on the river where my best friends and I dreamed of being pros as teenagers, in front of so many lifelong friends and all of my family is not only a top highlight of my fishing career, but also my life,” says Iaconelli.

“We designed that Mini Flip jig with a super stout hook, and at the time, it was about the only compact jig with a hook like that. I caught fish on that little brown-purple jig that I probably shouldn’t have. I was hooking fish inside sunken old rusty barges and able to pull them out because of that jig. So, it’s absolutely one of the lures I’m most thankful for,” he says.

From a treasured trip to the Delta with lifelong best buddies last week, to Classic wins, an AOY title, and an electric hometown Elite Series victory, along with two very special lures and a loving family are indeed all highlights on a long list of things Ike will celebrate during this week of Thanksgiving.