Given the legendary success of Kevin VanDam’s pro angling career, some might say he doesn’t really need any additional luck. But even the best there’s ever been says a little extra positive mojo is always welcome in his boat.

So, after a tough opening round Sunday at MLF’s Bass Boat Technologies Stage Four Presented by BassCat at Lake of the Ozarks, the classy pro from Michigan is carrying a very old horseshoe he found while taking part in a shoreline trash cleanup Saturday during a Costa Clean Water Matters Program. 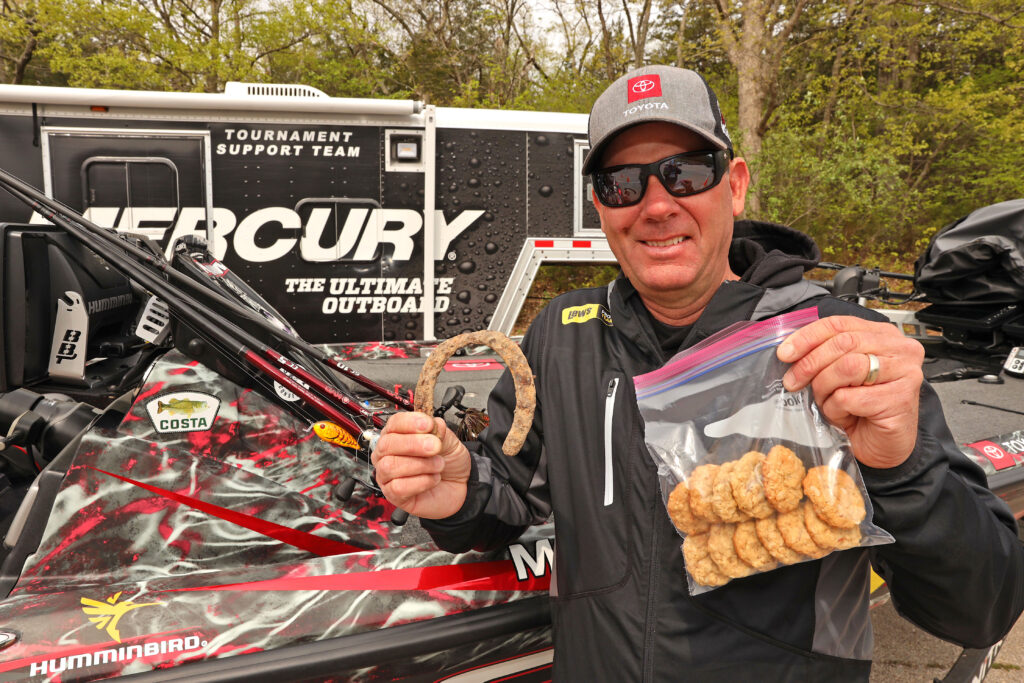 “I’m not really a superstitious person, but I figure the horseshoe can’t hurt. I’m having fun with it. It didn’t help a ton on Sunday, but I’m leaving it in the boat,” grins VanDam.

He ended the day with five scoreable bass totaling 11-pounds and sits middle-of-the-pack to begin the day Tuesday — still very much within striking distance of moving onward to Wednesday’s Knockout Round.

He’ll likely stick to his power fishing strengths in dingier water now that rain and clouds have moved in, and he’ll also be carrying a bag of cookies with a proven track record of delivering sweet success.

“My wife Sherry always made cookies for me to take on the road, and when Davy Hite was my roommate he called them ‘lucky cookies’ – but more recently, Momma Guck gave me a bag of her homemade cookies before I won Cayuga Lake in 2016, the St. Lawrence River in 2017, and Grand Lake in 2018 – so I’m pretty fired up to have a fresh bag of them in the boat here at Lake of the Ozarks,” grinned VanDam.

So, while VanDam may not be superstitious, he’s a firm believer that an upbeat positive attitude is critical to success, and few things bring better vibes than a history-rich horseshoe and a bag full of homemade cookies made from a recipe proven to deliver wins.