Jacob Wheeler finished today in 3rd place in Group B’s Qualifying Round of Toyota Stage 6 of the Bass Pro Tour on Lake Champlain; sending him to yet another Knockout Round. The Team Toyota pro is fresh off his second Bass Pro Tour win of the season on the St. Lawrence River and would love nothing more than to win back-to-back events here in New York. 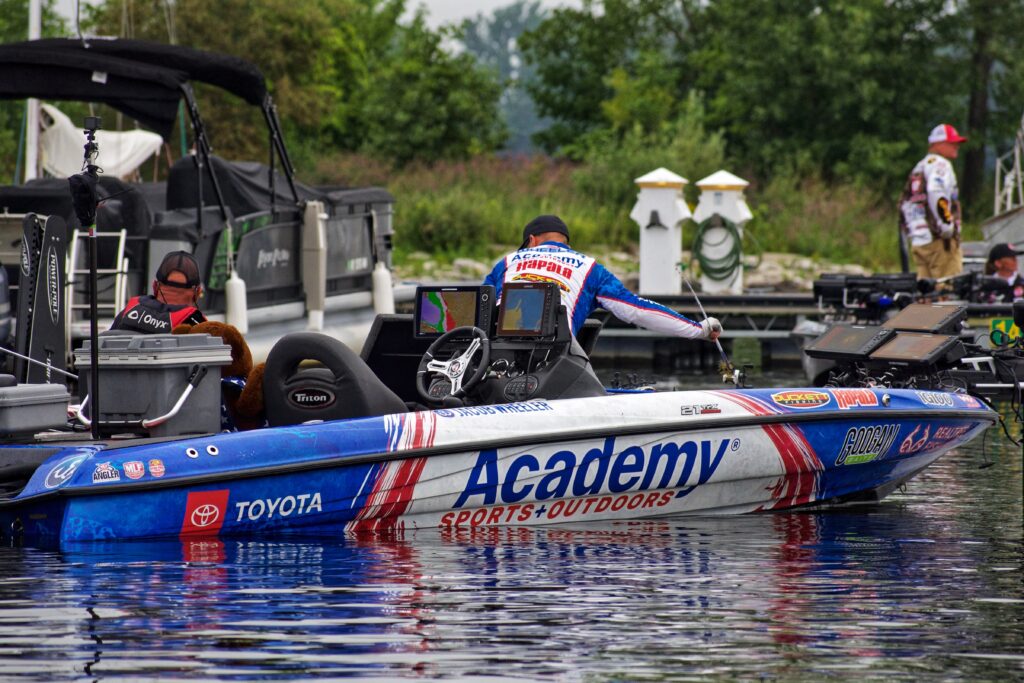 If you’ve been paying attention to professional bass fishing the past several years, you already know the 31-year old Indiana native is a once-in-a-lifetime type talent on the water. One of the things that makes Wheeler so tough to beat is his cerebral nature.

He is constantly considering different strategies during competition, not just different ways to catch a bass, but factoring in the different rounds of a Bass Pro Tour event. Weighing the positives and negatives of potential off-days, incoming weather patterns, and always striving to put himself in the absolute best position to come away with a victory.

As Wheeler charged up the SCORETRACKER, catching over 58-pounds of Champlain bass and posting the heaviest weight of the day, these variables were certainly running through his mind.

“I was starting to make up some serious ground on the leaders and about half way through the day I decided I needed to try and win the Round,” Wheeler explained. “The area I was catching them the best in today is vulnerable to the wind and strong winds are forecasted for the Knockout Round. I hate to burn up fish if I don’t need to, but with that knowledge I wanted to push and see what would happen.”

Wheeler is predominantly targeting smallmouth, which have been unusually fickle this week during Stage 6 for every angler not named Justin Lucas. When Wheeler found a large group of smallies and began quickly stacking weight today, he knew he needed to put the pedal down in hopes of avoiding heavier winds expected for the Knockout Round.

That kind of intuition is not something you can learn without competing in hundreds of tournaments, spending thousands of hours working on your craft. Whether we are talking about this tournament or the previous five Stages, Wheeler isn’t out there just to catch every bass he possibly can. He is extremely calculated when it comes to managing spots, areas, and fish. Wheeler is playing chess, not checkers on the Bass Pro Tour.

Unfortunately for J. Wheels, both Justin Lucas and Brandon Coulter both had 50+ pound days today, too. They were sitting in first and second going into today and were able to out pace him in the end.

“I lost a couple good fish with about 30 minutes to go today that kind of took the wind out of my sails,” Wheeler said. “I still had a little over ten pounds to make up and with time getting low, I decided to back off. The wind might totally jack me up out there tomorrow but it could fire the fish up, too. I really don’t know, but we’re going to find out tomorrow.”

He may not have been able to chase down Justin Lucas today to win the Qualifying Round, but advancing to the Knockout Round continues his incredible 2021 season. Wheeler currently sits in third place in the overall Points Title race and is continuously factoring that title into his tournament equation as well.

Anything can happen in both this event and the Points Title campaign, but with the way Wheeler has been fishing this year it would be hard to bet against him.