Yelas and others starting from scratch Wednesday at Neely Henry

Rain fell on Alabama Tuesday with the same equivalency as Crimson Tide football players being taken in the first round of last week’s NFL draft. Four to six inches of rain soaked the Gadsden, AL region during the second day of practice at this week’s Whataburger Bassmaster Elite on Neely Henry Lake. 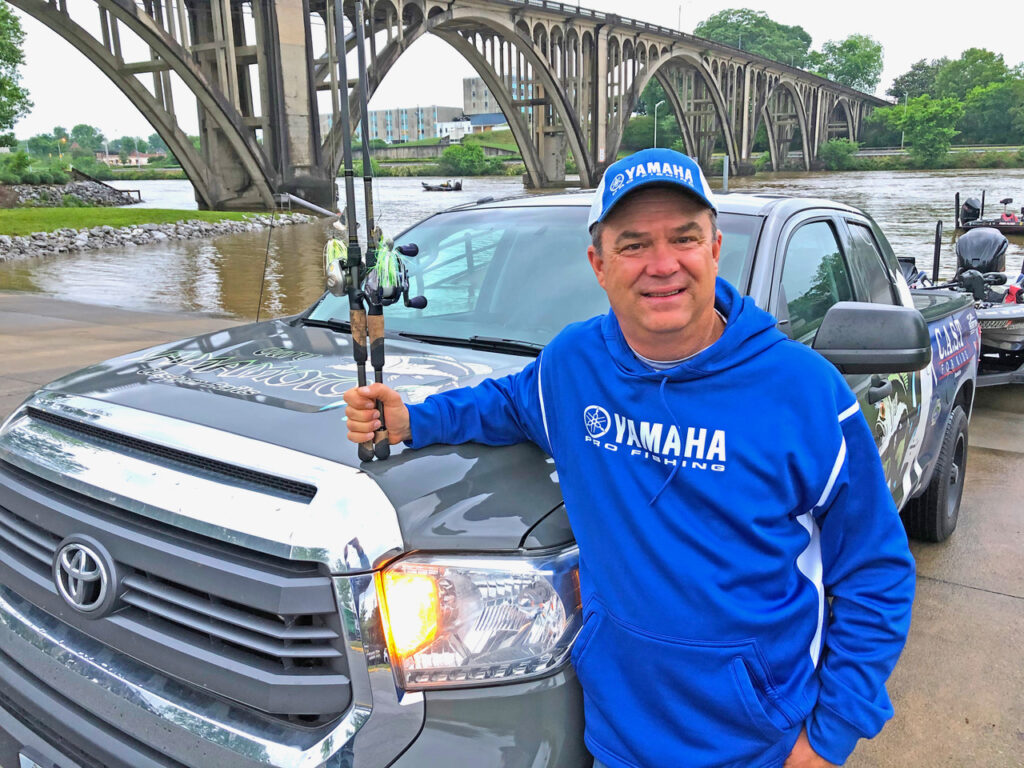 Streets flooded, lots of lightning strikes caused major power outages, schools were delayed Wednesday morning, and pretty much everything Jay Yelas and the other Elite Series pros learned during Monday’s practice got flushed down the Coosa River Tuesday.

“We’re starting from scratch today,” said Yelas early Wednesday before launching at Coosa Landing as the current ripped past. “It’s ironic, because the same thing happened last month at our Elite event on Pickwick not too far from here.”

Adding to the hydrological dynamic is a region of this river called Minnesota Bend that’s a giant S-curve, essentially serving as a natural impedance that “stacks” the water, leaving Neely Henry higher on the northern stretches and lower toward Logan Martin.

However, no matter where anglers choose to fish along the 77 miles of the Coosa, there’s no lack of habitat or visible targets, causing Yelas to tie on a spinnerbait and buzzbait Wednesday, while keeping a swim jig and squarebill crankbait handy too.

“I’m sure there were some guys who spotted a few spawning beds Monday, but man all the tributaries have turned to chocolate milk, so I seriously doubt any bed fishing will play a factor now. And while there was a pretty good shad spawn Monday when there was very little current, that’s obviously changed too,” says Yelas

So Wednesday is the big day. A day to start over in preparation for getting dialed-in for Thursday’s start of competition, not unlike the Elite Series practice period at Pickwick last month.

“Actually, I’d say prepping for Pickwick was way worse, because it flooded so bad we basically learned nothing in practice. At least we have today to figure out something here at Neely,” concluded the always optimistic Yelas, a longtime Toyota Bonus Bucks participant.

Yelas and others starting from scratch Wednesday at Neely Henry