With a check cashing percentage of nearly 70% and (32) Top 20 finishes to his credit, Chris Zaldain has become one of the most polished and high-achieving pros in all of professional bass fishing recently. But the highly likeable California native says this week’s Bassmaster Elite Series event on Lake Tenkiller, OK will be one of the absolute toughest of his eight seasons as a pro. 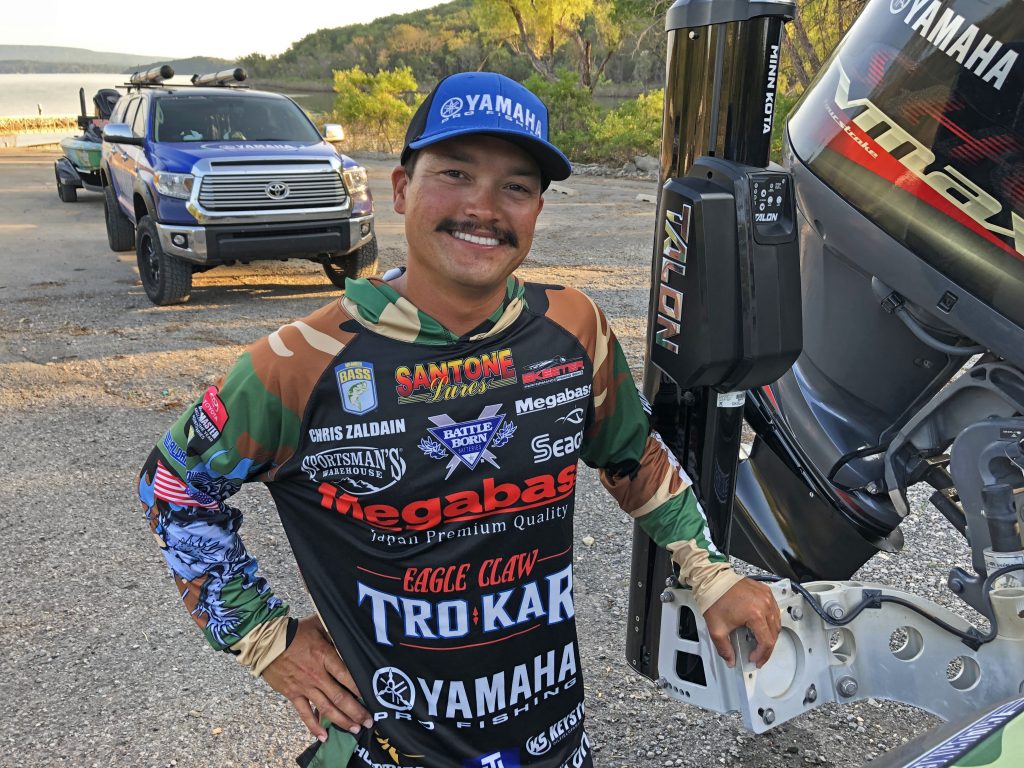 Q: What’s going to be the toughest factor in this tournament?
Zaldain: It’s hard to pick just one factor. We’re facing warm falling water during a traditionally tough bass fishing month, with bass chasing shad in open water, and not really relating to cover.

Q: What’s the single toughest professional tournament of your career?
Zaldain: That’s easy, the 2014 Bassmaster Elite Series on the Delaware River in Philadelphia that “Ike” won. I caught like five total bass in that tournament. But Tenkiller this week will for sure rank in the Top 3 toughest of my career.

Q: On the eve of this tough event, how much weight do you think you need to catch on Day 1 to feel good about your performance?
Zaldain: 10 pounds, because catching a 16” legal keeper here is as tough as catching a 24” keeper in the Toyota Texas Bass Classics on Fork and Conroe.